India to start Australia Test series at Brisbane on December 3 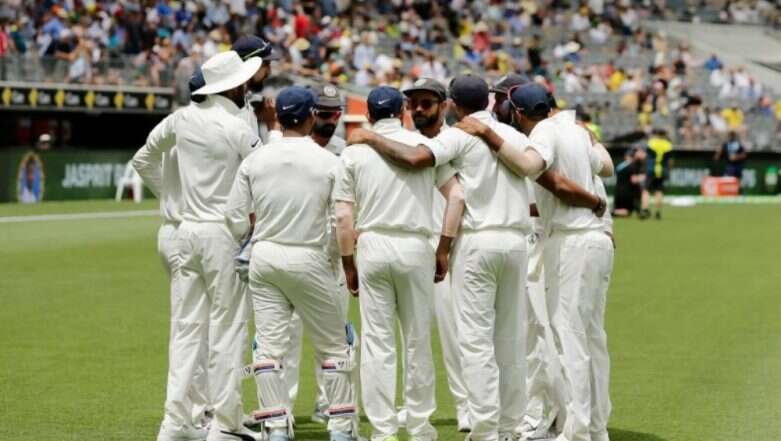 Melbourne: Cricket Australia has locked in four venues for the financially crucial Test series against India and the first match is tentatively set for a December 3 start in Brisbane, as per local media reports.

Two Australian media outlets — 7news.com.au and the Sydney Morning Herald — reported that the schedule for the four Tests has been finalised. According to reports, CA Chief Executive Kevin Roberts will make it official on Friday and the plan does not include any quarantine hub or “bio bubble” for the visitors.

There has been speculation around the fate of the tour owing to the COVID-19 pandemic.

“Cricket Australia (CA) on Wednesday ticked off on the Test series beginning in Brisbane on December 3 before heading to Adelaide from December 11 and Melbourne and Sydney for the traditional Boxing Day (December 26) and New Year Tests (January 3),” 7news.com.au reported.

It is expected that the second Test in Adelaide will be a day/night affair as BCCI president Sourav Ganguly had committed earlier.

The SMH reported: “Perth is scheduled to kick off the Australian Test summer with a pink-ball match against Afghanistan but Brisbane has won the right to host world powerhouse India in the season’s marquee series.”

According to the SMH, “CA will on Friday announce the international schedule for the 2020-21 season, which will feature as many as five international men’s sides, though this will be subject to change due to the global health crisis.”

The 7news.com.au report also stated that there will be no quarantine hub or “bio bubble” required as of now.

“With Australia’s coronavirus situation easing, the series looks certain to go ahead without the need for a quarantine hub. The entire tour taking place in one city had been a possibility but the biggest question now is whether – or how many – fans will be allowed to attend the matches,” the website’s report stated.

While neither of the three BCCI office-bearers were available for comment, it is expected that the tentative schedule, subject to COVID-19 situation, has been okayed by the visiting board in principle.

Pakistan not to support rescheduling of T20 World Cup