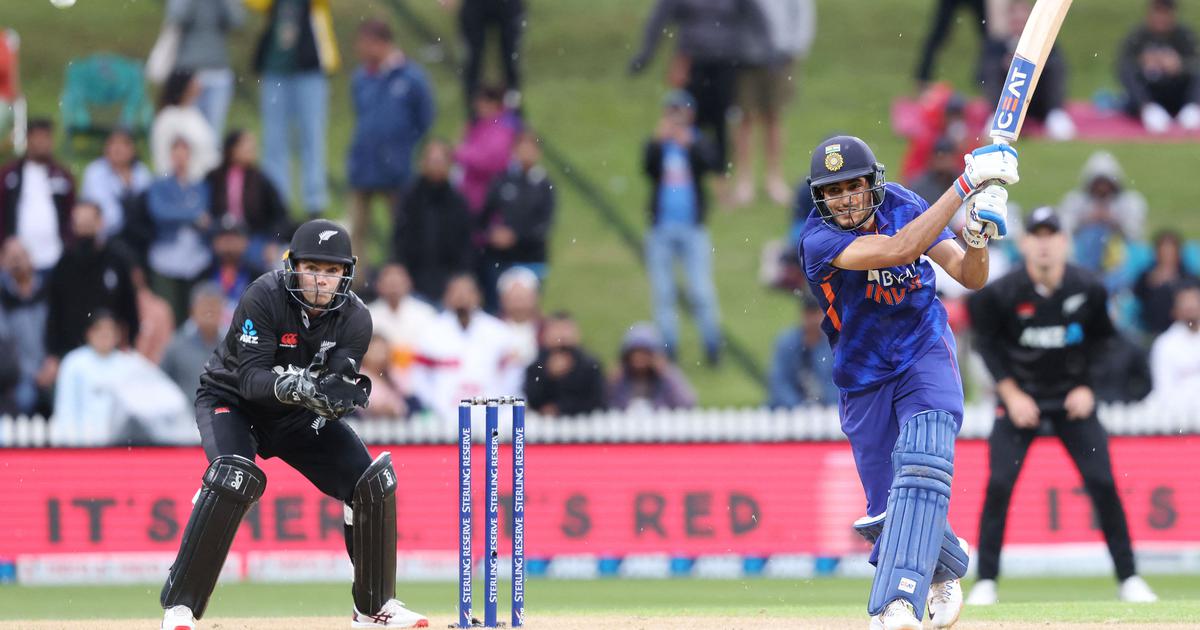 The second one-day international between New Zealand and India was abandoned in Hamilton after rain halted play on Sunday.

We will see you in Christchurch for the third & final ODI of the series.

India, sent into bat, were 89 for one with Shubman Gill on 45 and Suryakumar Yadav on 34 when play was called off.

The fixture had been reduced to a 29-over match after a first weather disruption halted play for nearly four hours with India on 22-0 after 4.5 overs.

A further eight overs were bowled when play resumed before the rain sent the players back to the pavilion again and no more play was possible.

The final match is in Christchurch on Wednesday.