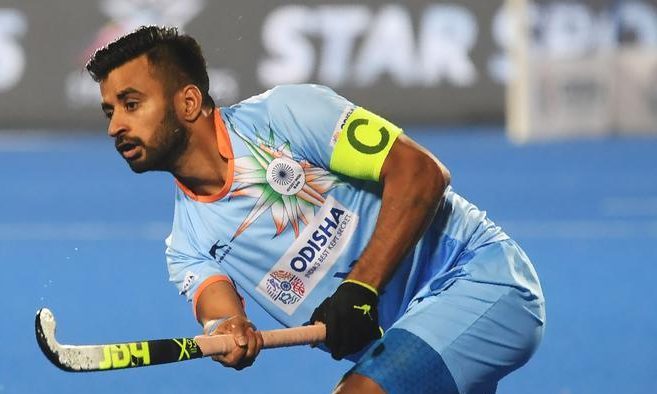 New Delhi: Indian hockey captain Manpreet Singh has said his team can complete the “unfinished business” of a podium finish when the country hosts the World Cup in 2023, having failed to do so in the last edition at home.

The country will organise the men’s hockey World Cup for the second consecutive time after Bhubaneswar played host to the last edition in 2018. India will become the first country to stage four men’s World Cups after also having hosted the showpiece in 1982 (Mumbai) and 2010 (New Delhi).

“We are really excited to learn that India has won the bid again to host the FIH Men’s World Cup in 2023. We could not succeed in 2018 though we had a realistic chance of making the semifinal of the World Cup in 2018,” Manpreet said.

“The loss against the Netherlands (in the quarterfinals) was a huge disappointment for us but now that India is set to host the World Cup again, we see this as yet another opportunity to complete the unfinished business,” he said about the 2023 edition, to be be held from January 13 to 29.

Manpreet stressed on the strong pool of players India boasts of at the moment and said their exposure at the international level in the coming years will ensure they have a strong and formidable team for the 2023 World Cup.

“We have ample time to prepare for the next edition of the World Cup. Our first priority at the moment is to do well in the FIH Pro League and use the platform to prepare well for the 2020 Tokyo Olympics where we seek a medal,” Manpreet said.

“A good show in Japan will only lay a solid foundation in the build-up to the World Cup in 2023. We have a strong pool of talented youngsters in the senior and junior set-up and the next two-three years they need to step-up their game and use all the opportunities that come their way,” he added.

The 2018 edition held at the Kalinga Stadium in Bhubaneswar was a mega success and Manpreet hopes the 2023 event to be an even bigger affair.

“In terms of performance, our focus will be on the major tournaments that we will be playing from now till 2022-2023. This also includes Asia Cup which we would like to win again and qualify for the World Cup even though we get automatic qualification as hosts.”