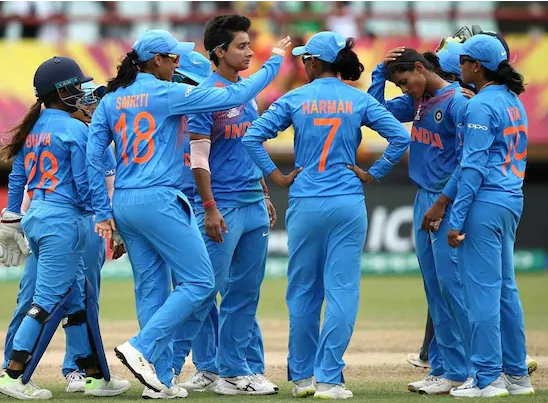 India will begin their campaign at the T20 World Cup against Australia on February 21. Raman said Harmanpreet Kaur and Co will be one of the favourites to win the title. The Indian women’s team has never won an ICC trophy.

“Definitely one of the favourites. They made people sit up and take notice in the 2017 World Cup (runners-up) and the 2018 T20 World Cup (semifinalists). Since then there has been a lot of improvement, in terms of fitness, agility on the field and their approach to batting,” Raman was quoted as saying in ESPNcricinfo.

“They have been shaping well over the last six months. It is more or less a better and settled team than perhaps what it was when I took over. These girls have a very good chance in this World Cup.”

Raman said if India can go on to win the title, it will give a big fillip to women’s cricket in the country.

“If they end up doing that, they will probably do what Kapil’s Dev’s World Cup-winning team did for Indian cricket in 1983. And they will become superstars if they go on to win.”

Talking about India’s batting, Raman said: “They are definitely good. They are fearless strikers of the ball with good technical skills to boot. They are adept at playing both pacers and spinners all round the wicket and they are confident. That’s what I meant when I said each can be a match-winner on her own.”

One player to look out for during the World Cup will be 16-year-old opener Shafali Verma, who had burst into the scene last year after becoming the youngest Indian to score a half-century in international cricket, a record earlier held by Sachin Tendulkar.

Raman said Shafali is a special talent but asked the media to refrain from focussing too much on her.

” I would request the media not to go gaga over her, because she is barely 16, and too much attention is not good for her at this stage. I have given her the freedom to play the way she has been playing. She has shown she has the talent. She is fearless. She is unique,” he said.

“She is extremely positive. She has the ability to score runs quickly. She can hit the ball hard and she looks to get runs. She is at a stage and an age where it doesn’t make sense to put anything into her. She needs to be allowed to be figure it out for herself. That will come with experience.”

Bumrah needs to be more aggressive to succeed in New Zealand Tests: Zaheer