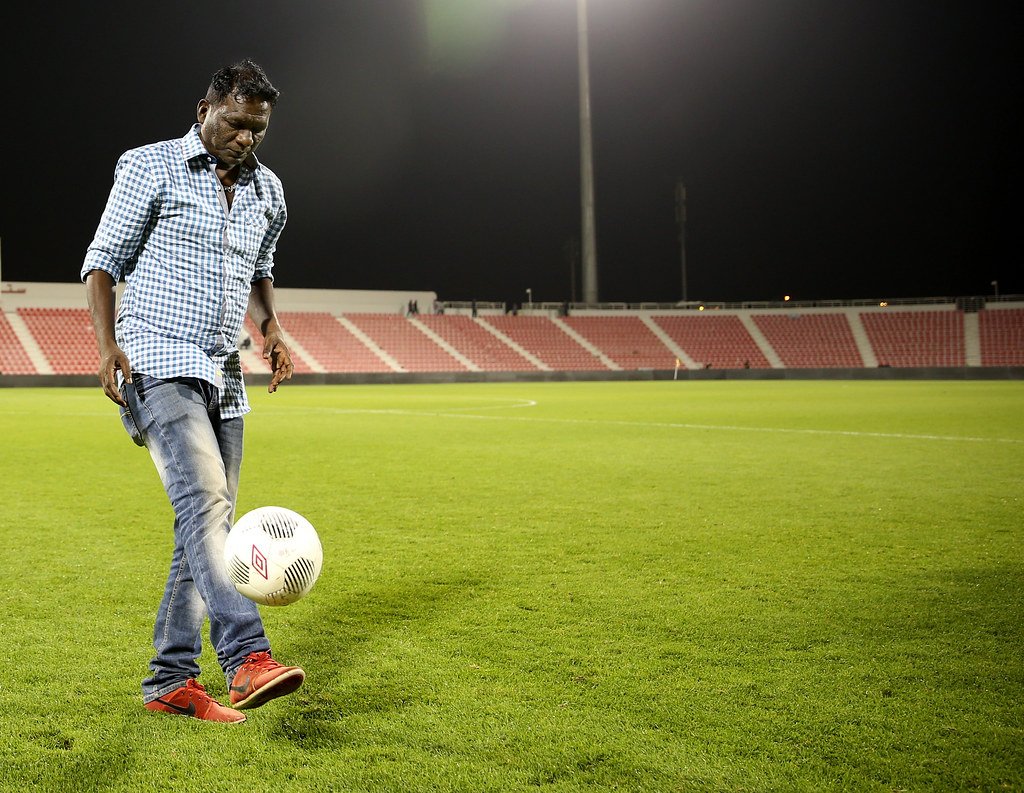 New Delhi: It is now almost 15 years that Inivalappil Mani Vijayan has bid adieu to competitive football. Since then he has re-joined Kerala Police, taken up coaching of young players and has risen to the rank of Circle Inspector, a job he does as seriously as he once used to do as the country’s leading goal-scorer.

Yet, Vijayan, one of Indian football’s biggest super stars ever, has a fire within that still makes him feel a part and parcel of the “beautiful game” in India.

On Thursday, the magical striker, who was once described by former national team coach Stephen Constantine as a “fox in the box”, turned 50, said he still dreams about Indian football.

“You may call me a hopeless dreamer, but I am waiting for the day when India will play at the World Cup. Like those officials in Indian football, I cannot specify a year about India qualifying for the World Cup, but deep in my mind I know it will happen. A bunch of players will emerge and realise the dream,” said Vijayan from his home in Thrissur.

When we play football, age is just a number pic.twitter.com/LOYySBJT3a

Vijayan knows he is arguably the biggest sporting icon in the state of Kerala and by far the most popular figure. Last week, every major newspaper and magazine in Kerala ran special stories on the “black deer” turning 50. But Vijayan said he would like to spend the day peacefully at home.

“I was busy in election duty for the last couple of weeks in Kochi and got tired. People instantly recognised me even if I was in a police outfit and wanted to click selfies with me and have conversations on football. I enjoyed it. But now, I want to relax at home and spend time with my family,” Vijayan said.

A keen follower of Indian football, Vijayan wants to see one top-tier league at the domestic level instead of the Indian Super League (ISL) and I-League running simultaneously.

“The ISL is full of grandeur. But a league is never complete without Mohun Bagan and East Bengal. Moreover, some ISL matches are boring and lack competitive edge. In contrast, I-League matches are fiercely fought though most top players are with the ISL.

“Our Kerala boy Jobby Justin was playing for East Bengal but now he has moved to the ISL. It is a right decision since it is always beneficial to play alongside better players,” said Vijayan.

“The day is not far when real quality footballers will emerge in India. A time will come when you won’t discuss or speak about IM Vijayan,” he said with a laugh.

Those who have seen Vijayan in action or played along with him, simply dismiss what Vijayan has to say.

“He is too humble. Indian football will never be able to forget him. His ability to do unexpected things on the field was stunning and remains unmatched till date,” says former India star Jo Paul Ancheri, who played with him for 10 years.

“People talk about his exploits in the National Football League (NFL), Federation Cup, Durand Cup etc. But he was a man of sheer class in international football.

“The goals he scored against teams like Uzbekistan, the UAE in Nehru Cup and Asia Cup can never be forgotten. He will not only surprise the opponents but will also stun his own team-mates,” Ancheri said.

Hailing from a poor Dalit family, whose father was run over by a speeding truck when the son was only 12, Vijayan has come a long way in his career. Former national coach Sukhwinder Singh says he has rarely seen a better team-man than Vijayan.

“His real class used to be evident when playing against superior opponents. At times, he would come down to the left back position to guard the defence and would immediately go up to create panic in the opponents’ area.

“With Vijayan around, you can always expect to have positive results. His footwork and skills were amazing and had accurate shots. That’s the reason he was so popular.

“Those days, at any part of the country, thousands would throng the stadium to watch IM Vijayan. He was the prince of Indian football in the true sense,” Sukhwinder remarked.

Romanian Isac to be named new technical director by AIFF