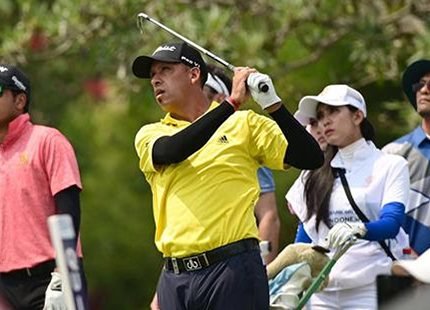 The tournament, which begins on from Thursday, will see Miguel Carballo, a professional from Argentina who has made Asia as his main tour over the last couple of seasons, hoping to cash in on his resurgent form as he takes on the field.current sports news

Apart from the 40-year-old professional, the strong international challenge will be spearheaded by Korea’s Taehee Lee, 35, winner of the GS Caltex Maekyung Open, Japan’s Masahiro Kawamura, 26, who is hoping to end a run of seconds – four since last year – this week, and Thai talent, Kosuke Hamamoto, 20, who came close to winning last week, finishing second in Chinese Taipei.

The field of 156 will have players from about 24 countries from all over the Asian Tour.

India’s challenge will be led by youngsters like Viraj Madappa, Khalin Joshi, who broke through wins last year, Ajeetesh Sandhu, winner in Chinese Taipei in 2017, Rashid Khan, a two-time winner on Asian Tour, S Chikkarangappa, who had been close to his maiden win, Aman Raj, Kshitij Naved Kaul, Aadil Bedi and Karandeep Kochhar, who comes fresh off a Top-10 in Chinese Taipei last week.current sports news

The field also includes Jyoti Randhawa, the 2002 Asian Tour No. 1 and winner of multiple titles, and Singapore legend Mardan Mamat.

Taehee Lee winner of the highly competitive Maekyung Open this year is another strong contender at the inaugural edition of the Classic Golf & Country Club International Championship.