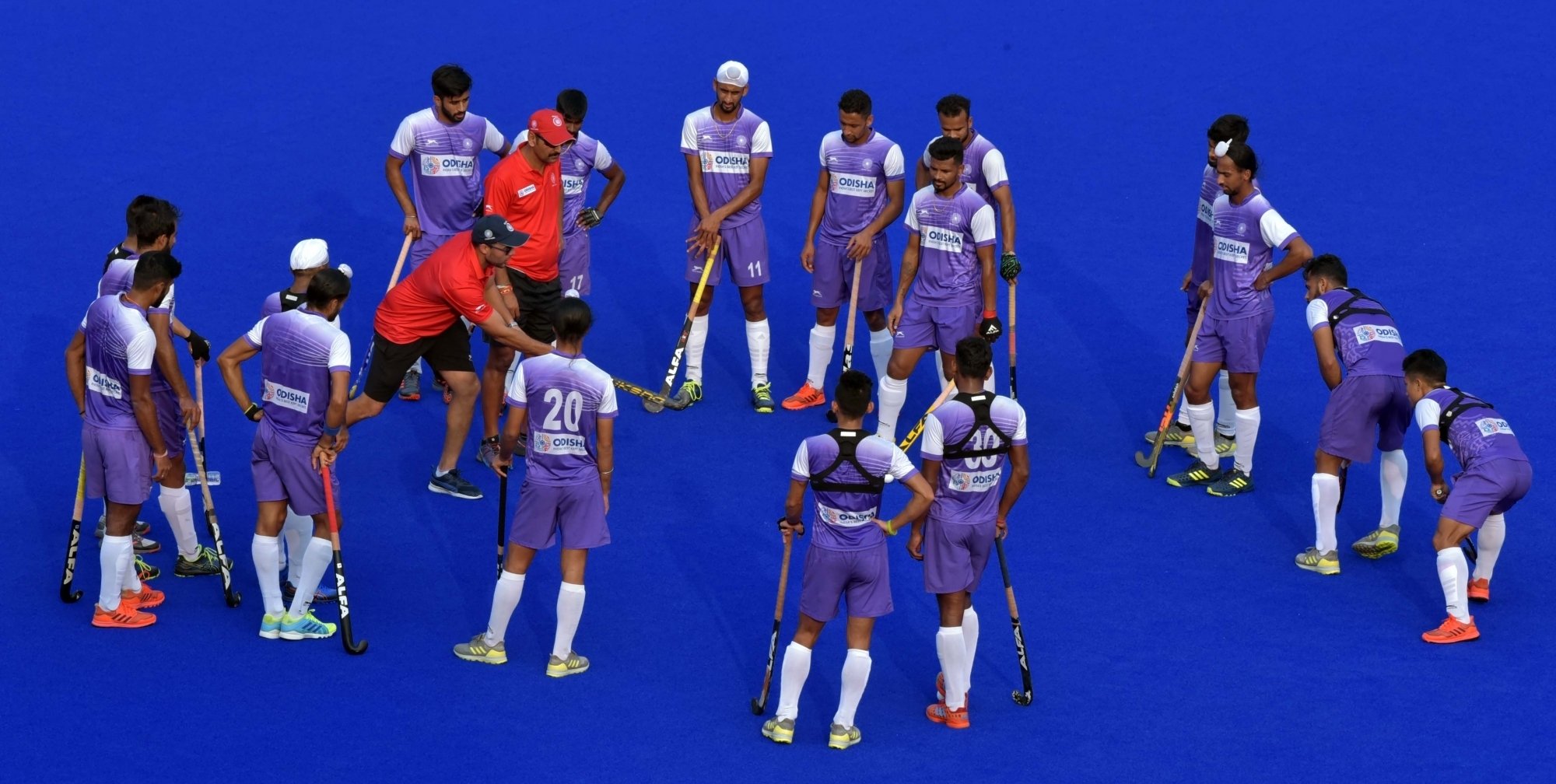 The four year preparation cycle for the Indian men’s team for the 2020 Olympics started at the 2017 Sultan Azlan Shah Cup with Roelant Oltmans at the helm. Since then, he and his successors Sjoerd Marijne and Harinder Singh have been given the “golden boot”, just like José Brasa, Michael Nobbs, Terry Walsh and Paul van Ass, who all have been shown the door since 2009.

This amounts to the appalling statistic of sacking seven coaches in two Olympic cycles of eight years! Incidentally, the same treatment was not meted out to the officials! So how does one prepare a winning combination if coaches themselves are not sure of their tenure?

The 2018 World Cup in Odisha, where we finished a dismal sixth, is now done and dusted, but our preparations for the next event is yet to get underway in right earnest, with no announcement of a new coach in sight.

The Azlan Shah tournament will begin on March 28, 2019. The tournament is generally used by foreign teams to groom young talents with an eye on the future. But considering our short term imperatives, we cannot afford to think for the long term.

Five other teams ­- Japan, South Korea, Canada, South Africa and hosts Malaysia — are in the fray, India being the top-ranked side. Not playing in the Pro League was a huge mistake, as it deprived India of matches against quality opposition ahead of the Olympics qualifiers. The Azlan Shah will not be of much use to us if one considers the rankings of participating teams, but we now have to play in our “favourite stopover” out of necessity.

It is reliably learnt that Hockey India High Performance Director David John has said that selection of the core group of players for the upcoming season will be based on performances in previous international tourneys and at the recently held Nationals in Gwalior. I wonder how many selectors were actually present at the championship and from which date!!!

At the 2018 World Cup there were only two selectors on view and one of them didn’t even know the composition of the 18-member team. Another senior selector, when asked by a scribe how he would be able to gauge the performance of players when he was not present at the venue, replied that he would be watching them on TV, presumably from the comforts of his home. This is how the Indian teams are selected and the few who go to the tournaments and training camps do so only to have the cash meter running!!

Hope the higher ups in Hockey India open their eyes to this sad malady prevailing in the selection process. How can these selectors and high performance directors continue when their track record is so poor? How can only players and coaches face the axe and not those who select the team, including the CEO who has been making unwarranted headlines?

John reportedly said his aim was to facilitate India’s aim to be the No. 1 ranked team by 2020 but here we are in 2019 and still languishing at the fifth spot. Maybe he has great plans in store and if he can do justice to his target then he should be knighted the Indian way!

We have potential to reach the top. We have financial resources, government backing and above all passion for the game but we are not being able to use them to produce a gold medal-winning performance at the Olympics. What is required is honest, dedicated and passionate officials who would put country before self and take drastic decisions against the unwanted things happening in Indian hockey.

Our team should consist of 16-18 capable players, those who are in the coach’s scheme of things. The players should not be selected because of any regional quota or sponsor’s quota. It was very much evident at 2018 World Cup that a couple of players on view – or should I say seldom on view – were definitely not what the coach wanted but were there in the team due to extraneous considerations.

Be that as it may, the Azlan Shah tournament has always been a happy hunting ground for us. We should begin as favorites, having beaten most of the teams at recent events. Though, Malaysia at home have always been a dangerous proposition. Apart from South Korea, who have drastically fallen down in the rankings, South Africa, Canada and Japan would also make the going tough for India. 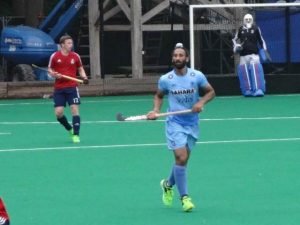 Sardar Singh retired from national duty after the 2018 Asian Games.

Indian players are generally poor thinkers of the game but this is gradually changing with the emergence of fresh talent. But it is still not enough to match top quality opposition. Ditching the same mechanical style of play while injecting sudden variations in tactical play and pace are some of the things the team should think of implementing.

It would’ve been ideal if the Indian think tank recalled the experienced Sardar Singh for the 2020 Olympics. Having spoken to many former players, I believe Sardar still has got it in him to deliver, provided he is used intelligently and played only in selected tourneys before the Olympics qualifiers. You definitely need experience and skills besides vision to take quick decisions to alter the pace and direction of the proceedings. This is where one needs a player of Sardar’s calibre.

Manpreet Singh is good but doesn’t possess the skills to match Sardar, lead a team, or make a 40 yard pass. But the selectors still continue to wield power while picking the team whereas the coach is shown the door. 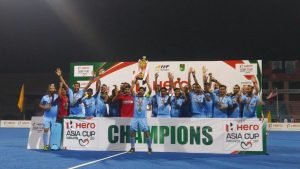 Manpreet Singh (centre, with trophy) is currently the captain of the national team.

Now that the probables have been announced, who will be the chief coach? Were the players selected according to the coach’s tactical planning or scheme of things? Or on what basis have they been chosen?

An Azlan Shah win would provide some consolation after the World Cup debacle. But a loss would further deplete the players’ morale ahead of the Tokyo qualifiers, compounding the mistake of abstaining from the Pro League.

Former India captain and coach Carvalho represented India at the Olympics, World Cup, Asian Games, Champions Trophy and Asia Cup. He played over 200 matches for the country and is a recipient of the Arjuna award.