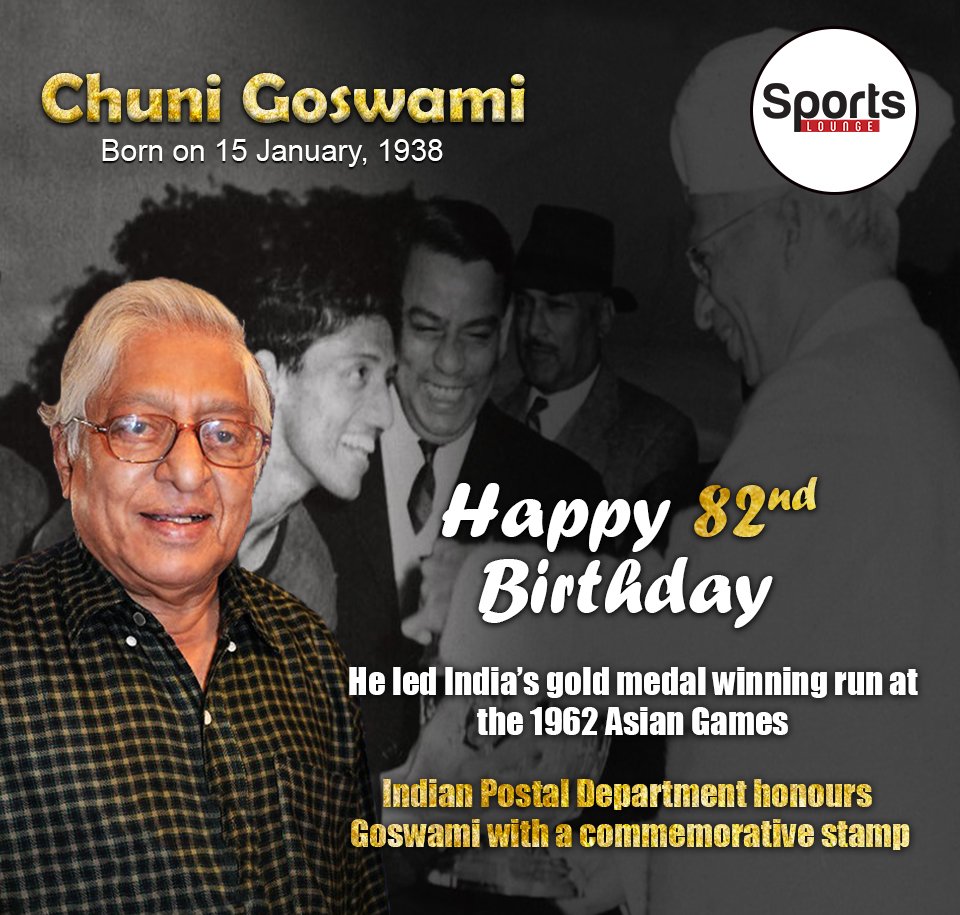 New Delhi: Legendary Indian footballer Chuni Goswami, who led the Indian gold medal winning team in the 1962 Asian Games, has been honoured with a postal stamp issued on his 82nd birthday by the Indian Postal Department.

Goswami, who turned 82 on Wednesday, became only the third Indian footballer after Gostho Paul (1998) and Talimeren Ao (2018) on whose name a commemorative stamp has been issued by the largest postal network in the world.

“It was a completely unexpected gesture. I’m really humbled with this honour shown to me. It will further inspire me to live a longer life,” Goswami said after the commemorative stamp was issued in his residence in Kolkata on Wednesday.

“Over the years, I have received many laurels during my sporting career. But this one at the fag-end of my life will surely be right up there,” he added.

He was a member of the Indian team which finished second behind Israel in the 1964 AFC Asian Cup. He scored India’s third goal in the 3-1 win against Hong Kong en route to the final in that tournament.