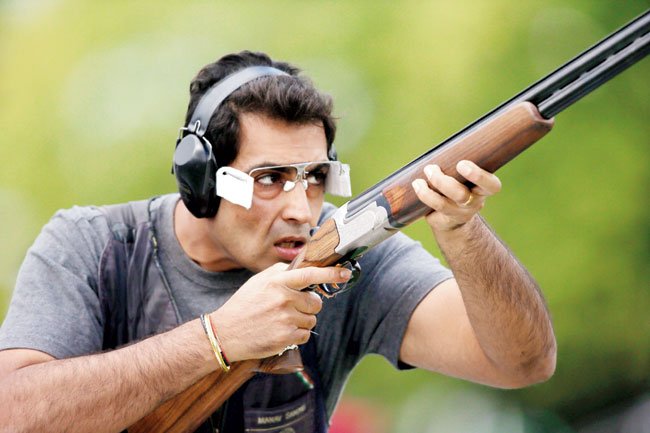 New Delhi: A record number of Indian shooters have qualified for the 2020 Olympics but how many of them could claim a medal for the country? While there might not be a clear-cut answer to it as it depends on a lot of factors yet the shooting fraternity is convinced of a strong show in Tokyo.

India will travel to the Tokyo Games with over 15 shooters, brightening the chance of a strong show at the quadrennial event.

“Well, there are realistic chances of multiple medals. I think over three for sure, but shooting is a very difficult sport to play and I think close to 5 to 6 would be maximum,” Manavjit told Sports Lounge.

Training abroad under foreign coaches could also help the Indian shooters realise their potential but it depends on the importance of events that that shooters are participating.

“Different events have different requirements, but I firmly believe that the best coaches are still from Italy,” the Rajiv Gandhi Khel Ratna Awardee opined.

“This kind of statement can effect shooters. So we must not put them under pressure because they are already working hard, and they know what they are supposed to do.

“No one can predict that what can happen on the day of the finals. We just need to be prepared and we should be positive. We have full confidence that each and every one of them can win,” Rana told SL over the phone.

The 2020 Olympics will start from 24 July till 9 August, while the shooting competitions will take place from July 25 and stretch till August 2. For its preparations, the shooters will participate in World Cups and will go through camps.

“All the shooters are doing pretty well. They have still 8 months to prepare and to be in the best shape. These months are also very important. We have few competitions like World Cups and few trails. It is not possible for anyone to be on top throughout, so we have to prepare them and for that we are giving them proper training,” Rana said.

When coach Jaspal Rana was asked about the exclusion of shooting in 2022 CWG, he agitatedly said, “To be really honest, it is not a good sign for other sports persons from different games as well. My question is that this time they have removed shooting, next time they will remove badminton and other events where they are not good at. So for how long you will tolerate these unclarified excuses that they don’t have money or venue.

“Shooting is not a priority sport, then why they were shooting for so long and they were the only one who conducted shooting in 2002 CWG. Earlier shooting was the part of Manchester CWG. So all of sudden what happened? They had killed their shooters by putting all kinds of laws, rules and regulations in Britain.”

Rana said excluding the event wasn’t a long-term solution to curb the problem the organisers are trying to control.

“There shooters can’t perform well because they don’t have any kind of facilities. So, by shutting the event is not the solution. If you want to control terrorism then you should control them not the shooters. We are Olympic shooters, we are not doing anything wrong and we do everything in legal process. They should control the wrong people not the right people,” he added.