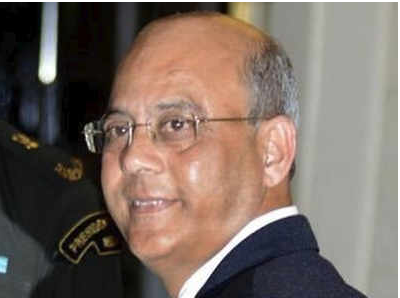 Mukherji died aged 68 due to an unspecified stomach ailment at home in Zirakpur, while Bose, 78, suffered a heart attack a little later at his residence here.

“Mukherji was suffering from a stomach ailment and passed away at his residence,” TTFI secretary general, MP Singh said.

The two coaches shared a good rapport with Mukherji serving as an assistant to Bose before taking over the reign as head coach at NIS, Patiala after the latter’s retirement in 1974.

Mukherji, who was the first Dronacharya awardee in table tennis, did his schooling and graduation from Ajmer where his father was a medical practitioner.

He joined the National Institute of Sports (NIS) Patiala in the mid-seventies after obtaining diploma in coaching.

Mukherji also accompanied Indian paddlers, including Soumyajit Ghosh and Ankita Das, to the London Olympics and had served the cause of table tennis for 34 years before retiring from the Sports Authority of India (SAI).

He was bestowed with the Dronacharya Award in 2012.

Bose, who led the Uttar Pradesh team in nationals, became the state champion in the seventies. He was ranked India No. 7 in the sixties as a junior player.

He was also the national coach and under his guidance several players were able to showcase their potential as they went on to represent the country.

“It was, indeed, a sad day for the entire table tennis fraternity. Strange are the ways of fate that two great coaches passed away on the same day,” Singh said.

“We are saddened to no end as both Bhawani da and Tapan da were father figures for several of the current crop of players. Like they, we will all miss their presence. I offer my heartfelt condolences to both the families.”