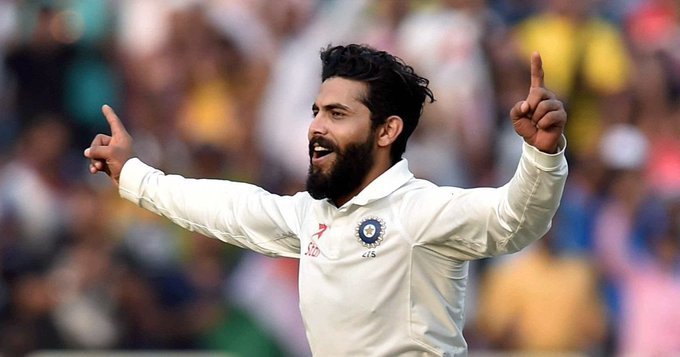 Ravindra Jadeja's section ahead of Ravichandran Ashwin has created a controversy.

Mumbai: India’s win against the West Indies in the first Test was a foregone conclusion. In fact, the host team resembles more of a school outfit rather than a well-trained and skilled international team.

The wicket at the Sir Vivian Richards stadium was a good one, assisting the bowlers as well as facilitating stroke play. But India’s cruising victory still doesn’t justify the exclusion of the team’s premier spinner, offie Ravichandran Ashwin. How on earth can you drop him? He is a world class bowler.

On the previous West Indies tour he took 17 wickets in four matches, becoming the player of the series, helping India win the series 2-0. He is also a handy batsman, provided the captain has confidence in his abilities.

In West Indies’ second innings, Ravindra Jadeja went for 42 runs in four overs. It might be his off day. But Jadeja isn’t a big turner or spinner of the ball.

He requires a turner on the fourth or fifth day of a Test match to pick wickets, whereas Ashwin has variety. He is an intelligent and a cunning bowler. 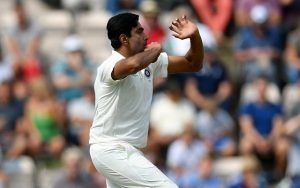 On the previous West Indies tour, R. Ashwin took 17 wickets in four Tests to become the player of the series.

Jadeja got the nod because the team management has greater faith in his abilities as a batsman. Then why is he asked to bat at No. 8?

If India already has seven batsman with wicketkeeper Pant taking the No. 7 slot, then why require another batsman as cover. The team, in this case, should use an all-rounder at No. 8.

Jadeja over Ashwin absolutely defies cricketing logic. Ashwin should be allowed to get back in action because when India would play in their home series later in the ICC World Test Championship, the team would need his expertise to pick up wickets and win matches.

For that, he must be backed from now on.

Ben Stokes is a freak, a total freak. He could win a game for you, like he did at Headingley, or lose a game, like when he was hit for four successive sixes in the last over of the 2016 World Twenty20 final.

But look at the way he performed in the World Cup final and in the third Ashes Test.

Stokes is a different breed. He is not only devastating with the bat but possesses the rare ability of picking up wickets when England’s premier bowlers were unsuccessful.

The pressure he is under, is enormous, because apart from him and England skipper Joe Root, the others are bits-and-pieces players. Gone are the days when England had a formidable batting line-up. Now they are too dependent on Stokes and Root.

Australia bowled well. They stuck to their task despite little assistance from the pitch. But how long can the Aussies persist with the four-bowler strategy? Particularly when Nathan Lyon wasn’t in his elements. 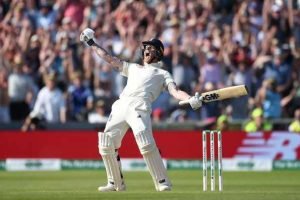 Ben Stokes is being hailed for his brilliant unbeaten 135 that helped England win the third Ashes Test.

Remember EAS Prasanna always said, “Length is mandatory, line is optional”. Lyon might have overtaken Dennis Lillee in the overall Test wickets haul by an Australian but a bowler is as good as his performance on any particular day. He can’t rest on his laurels. Stokes took him apart, on a pitch that turned and had a few rough patches.

Australia were badly let down by their skipper Tim Paine’s use of reviews. In all the three Ashes Tests, he has been guilty of wasting reviews. The team management must chalk out a strategy. David Warner, who stands alongside Paine in the slip cordon could be given the responsibility of monitoring it.

What was the need for Paine to ask for a review against Jack Leach, when the ball was clearly pitched outside the line and wouldn’t have hit the stumps? He was adamant on taking it, the decision coming back to haunt Australia when Stokes was lbw but Australia had exhausted all the review options by then.

Paine’s blunder though doesn’t hide Joel Wilson’s poor umpiring in the match and all the ensuing ifs and buts. Yes, the umpiring in the World Cup and the ongoing Ashes series has been atrocious. Is he being mentored by Steve Bucknor?

When the third umpire is equipped with technology why can’t the ICC allow him intervention powers for the sake of correct decisions? He should have intervened when he was given not out. As it is the current crop of umpires including Kumar Dharmasena, Aleem Dar, Wilson exhibit a casual approach.

The degrading standard of supervision should be the ICC cricket committee’s primary issue of discussion rather than the overthrow decision in the World Cup final. 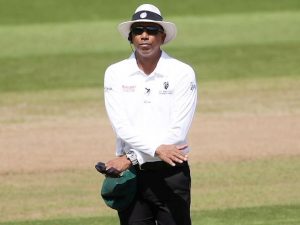 Umpire Joel Wilson is being heavily criticised for his mistakes.

Looking at the higher percentage of mistakes committed by senior umpires, there is no point in allowing umpires to stand for 100 Tests or 200 ODIs any more. They tend to get stagnated.

Like cricketers, umpires have to have a positive, fresh mindset. Nowadays with every decision so intensely scrutinised, umpires shouldn’t officiate more than 50 Tests or 70 ODIs. T20Is doesn’t require any umpiring expertise but bring a lot of stress on the two men in the middle.

These umpires are getting tired, which is reflecting in their faulty decisions. At this rate, Tests will soon be reduced to a farce.

Umpiring howlers aside, it was a brilliant game of cricket. Who would have thought that a side that was bowled out for 67 could chase down a stiff target of 359 in the fourth innings of a Test? No wonder cricket is said to be a game of uncertainties.

Sunday was a day of rare sporting fest. Before Stokes’ heroics, PV Sindhu, with her maiden BWF World Championships title, began the festivities. She became the first Indian to do so.

She has been consistently doing well till the final match at major events. It definitely had to do with her mindset. She seems to have benefitted from hiring a new coach, South Korean Kim Ji Hyun.

Those who have been watching Sindhu since 2013 witnessed a marked difference in her attitude. She literally bulldozed past former world champion Nozomi Okuhara. May she go on to scale greater heights.