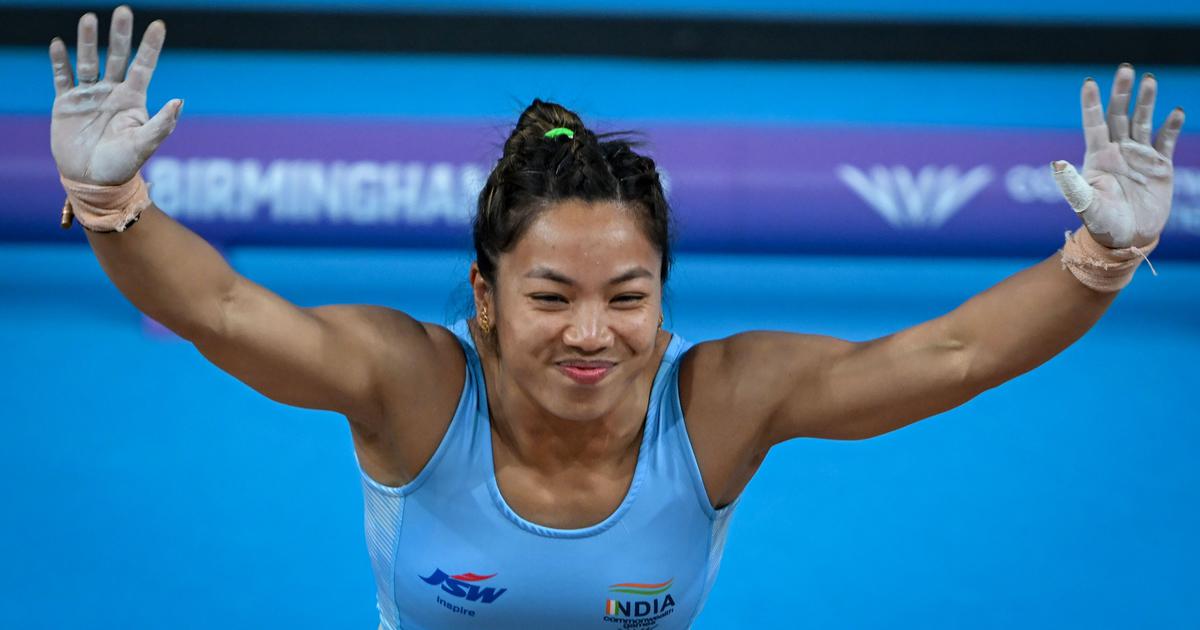 Olympic silver medallist Mirabai Chanu and seven other top Indian weightlifters will fly to the USA on Tuesday for a three and half week strength and conditioning training camp in St Louis.

“We will be in USA for 23-24 days. It is the off season so we will have a strength program there,” India head coach Vijay Sharma told PTI.

“All these lifters have small niggles like Gurdeep has some issue in his wrist. Sanket will go through proper rehab. We want that everyone is perfectly fit for the World Championships,” he added.

The lifters will work with Dr Aaron Horschig, a former weightlifter-turned-physical therapist and strength and conditioning coach.

Chanu has been consulting Horschig since 2020. He has been instrumental in sorting out her imbalance issue which affected her snatch technique. She had a month-long training stint with Horschig in March, ahead of the CWG.

“Mira currently doesn’t have any issue but since we are going there she will also do some strength training,” Sharma said.

Senior weightlifters will miss this year’s Asian Championships opting to focus on the World meet instead, which is a qualifying event for the Paris Olympics.

The Asian Championships are scheduled to take place in Manama, Bahrain from 6 October to 16th. India will be fielding its ‘B’ team, comprising junior lifters.

“The lifters who have returned from the CWG will not compete in the Asian Championships. We will be sending our B team,” Sharma said.

“The focus is on the World Championship which is a qualifying event for the Paris Olympics,” the head coach added.

The Indian weightlifting contingent returned with a haul of 10 medals including three golds and as a many silvers earlier this month.

Although Sharma was happy with the performances of his lifters at the CWG, the head coach rued the missed chances.

“It could have been better. Ajay (Singh), who was gold contender, missed a medal. Sanket too missed out on the gold and Poonam as well.”