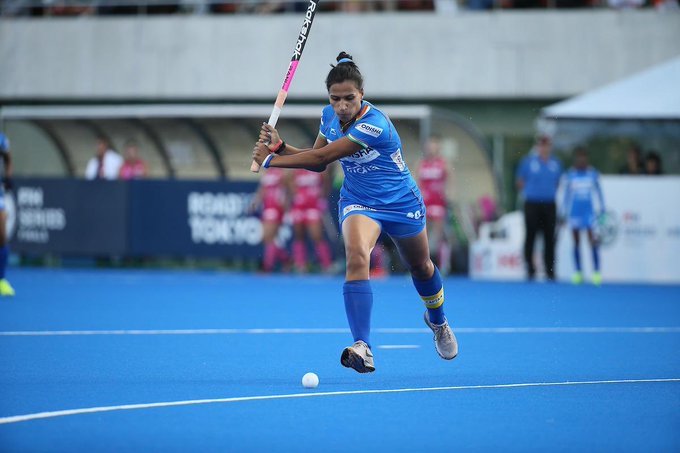 Auckland: The Indian women’s hockey team lost 1-2 to New Zealand in its second match of the ongoing tour here on Monday.

The Indians had earlier defeated New Zealand Development squad 4-0 in the opening match of the tour.

New Zealand started the game on an attacking note and earned a penalty corner early in the first quarter and the chance was brilliantly converted by Megan Hull in the third minute of the match.

India drew parity when young Salima Tete converted a penalty corner in the dying minutes of the first quarter.

The visitors matched New Zealand in the second and third quarters but a defensive error in the final 15 minutes cost India dearly as they concede a penalty stroke, and Megan Hull made no mistake from the spot.

India’s chief coach Sjoerd Marijne was disappointed with the result.

“We created enough scoring opportunities but we were not productive enough. New Zealand were very successful in the little changes they got. They executed them well,” he said.

“It is not about how many opportunities you create but how effective you are. New Zealand were stronger today and in the beginning we were struggling with that. But after the first quarter, we played much better.

“We created eight shots on goal and four penalty corners. We are definitely working on being more effective in the coming matches,” he added.

India will again take on New Zealand in the third match of the tour on Wednesday.