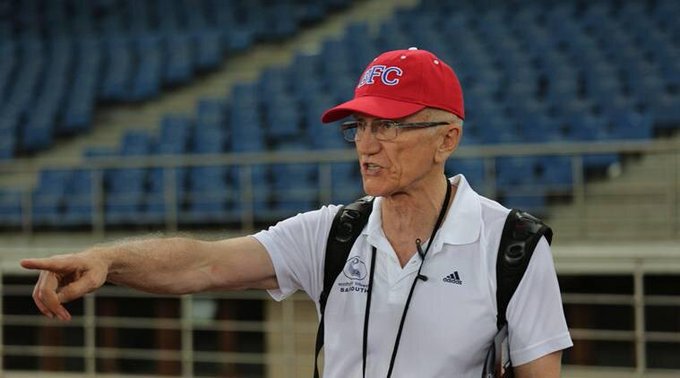 New Delhi: Patiala: India’s middle and long distance coach Nikolai Snesarev of Belarus was on Friday found dead in his hostel room at the National Institute of Sports here, the Athletics Federation of India said.

The dead body of the 72-year-old Snesarev, who returned to India after a gap of two years to be at the helm till the end of September, has been sent to a government hospital for post mortem.

“He had come to NIS for the Indian Grand Prix 3 (from his Bengaluru base) held today. But when he did not turn up for the meet, the coaches checked for him in the evening and his room was found locked from inside,” AFI President Adille Sumariwalla told PTI.

“When the door was broken, he was found lying on his bed. The Sports Authority of India doctor at the NIS declared him dead and the ED (team) of the SAI has referred the body to the government hospital for post mortem.

“We don’t know the cause of death. We will know it later after post mortem.”

Snesarev was coaching 3000m steeplechaser Avinash Sable, who has qualified for the Olympics, and other middle and long-distance runners in their bid to qualify for the Tokyo Games.

He had quit as Indian athletics’ long and middle distance coach in February 2019 after Sable opted to leave him and train under Army coach Amrish Kumar.

His contract then was till the end of the Olympics, postponed by a year due to the COVID-19 pandemic.