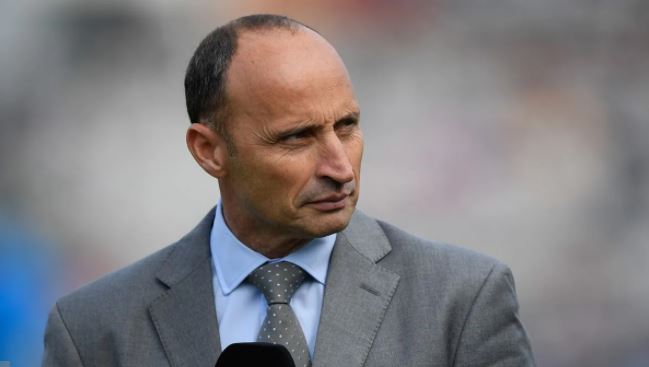 New Delhi: Former England captain Nasser Hussain has said that India’s bowling, especially the seam attack, is exceptional. He also said that there are some vulnerabilities in India’s batting, mainly pointing towards Ajinkya Rahane’s form.

“There are still vulnerabilities in their batting and Ajinkya Rahane looks horribly out of nick, but their bowling, particularly the seam attack, is exceptional. Bumrah, for me, is the best multi-format bowler in the world. Kohli is the driving force, of course, and winning in England is the final frontier for him. It would be some legacy,” said Hussain in Daily Mail on Wednesday.

Hussain observed that if England need to square the five-match series in the final Test at Manchester, they must hold on to their catches and become more ruthless with the bat. “Take their catches. It’s hard enough to get 20 wickets in a Test, let alone 25 or 26. And be more ruthless with the bat. They got into a good position in the first innings at The Oval and didn’t get the lead they should have because of soft dismissals. Pick a varied bowling attack and use the spinner more — Moeen Ali is now the third highest English Test wicket-taking spinner!”

Hussain felt it would be difficult to leave either of Jonny Bairstow or Ollie Pope to accommodate Jos Buttler in the playing eleven at Manchester. Buttler had missed the fourth Test at The Oval due to the birth of his second daughter Margot.

“I would find it difficult to leave out Pope or Bairstow and that’s the only way I could see him playing. I would have told Jos to spend more time with his family out of the bubble because there’s a lot of cricket ahead, hopefully including the Ashes.”

The 53-year-old believes all-rounder Chris Woakes, who did well at The Oval, has to prove himself in away conditions. “Woakes is an excellent cricketer and in England he’s one of the first names on the teamsheet. But he does still have to prove it away from home. And he was just starting to do that before Covid and all the injury problems hit.”

Hussain concluded by saying that he likes the opening combination of Rory Burns and Haseeb Hameed but felt that the latter should avoid going into a shell after re-starting his innings.

“I like the tempo Burns and Hameed are setting and they have two hundred-run partnerships already. I’d just like Hameed to look at the drop-off when he re-starts his innings. He can’t go into his shell.”

The fifth Test between England and India begins at Old Trafford in Manchester from September 10. India lead the five-match series 2-1.