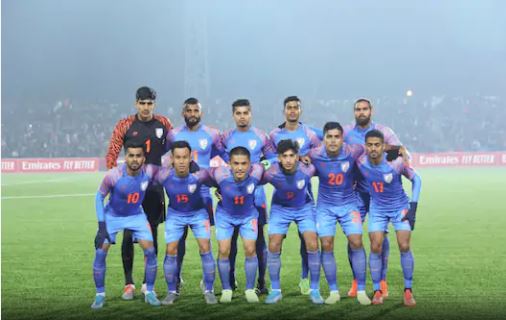 New Delhi: India’s men’s football team will play two international friendlies in March against Oman and the United Arab Emirates (UAE) in what will be their first assignment since November 2019, the All India Football Federation (AIFF) said on Tuesday. The matches will be played in Dubai with India facing Oman on March 25 and the UAE on March 29.

A preparatory camp for the two games will be held in Dubai from March 15 under head coach Igor Stimac.

India’s last match ended in a 1-0 defeat to Oman in the 2022 FIFA World Cup qualifier on November 19, 2019. While they were scheduled to resume their World Cup qualification campaign with a match against Qatar in March, it was eventually postponed due to the Covid-19 pandemic. The qualifiers are now scheduled to resume in June with India facing Qatar on June 3, Bangladesh on June 11 and Afghanistan on June 15.

The players have, meanwhile, been playing in the Indian Super League which started on November 20. The final will be held two days before the start of the scheduled preparatory camp in Dubai.