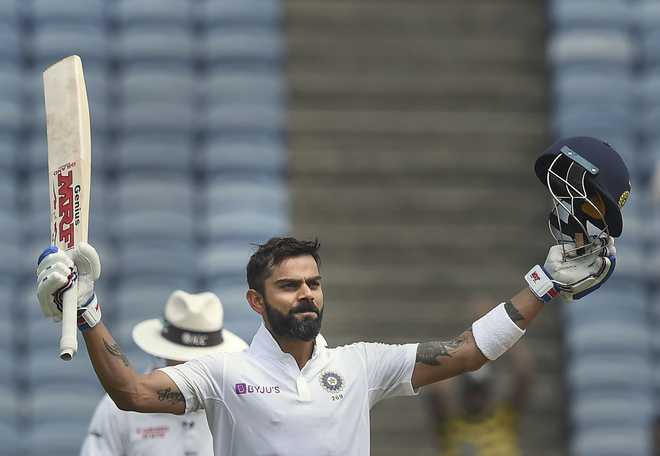 Pune:  South Africa ended the day two of the second Test at 36 for three, in reply to India’s mammoth first innings total of 601 for five declared, here on Friday.

India captain Virat Kohli blended grace with determination to raise his record-breaking seventh double hundred which grinded down a hapless South Africa on the second day of the second Test.

With Kohli scoring a career-best unbeaten 254, India buried the Proteas under a mountain of runs, putting on board a mammoth 601 for five.

He also equalled Ricky Ponting’s record of 19 hundreds as Test skipper even though record belongs to Graeme Smith (25).

Ravindra Jadeja (91) also helped himself with some heavy duty hitting before missing out on his second Test hundred as Kohli declared immediately after his dismissal.

Pacer Umesh Yadav removed both the openers Dean Elgar (6) and Aiden Markaram (0) while Mohammed Shami saw the back of Temba Bavuma (8).