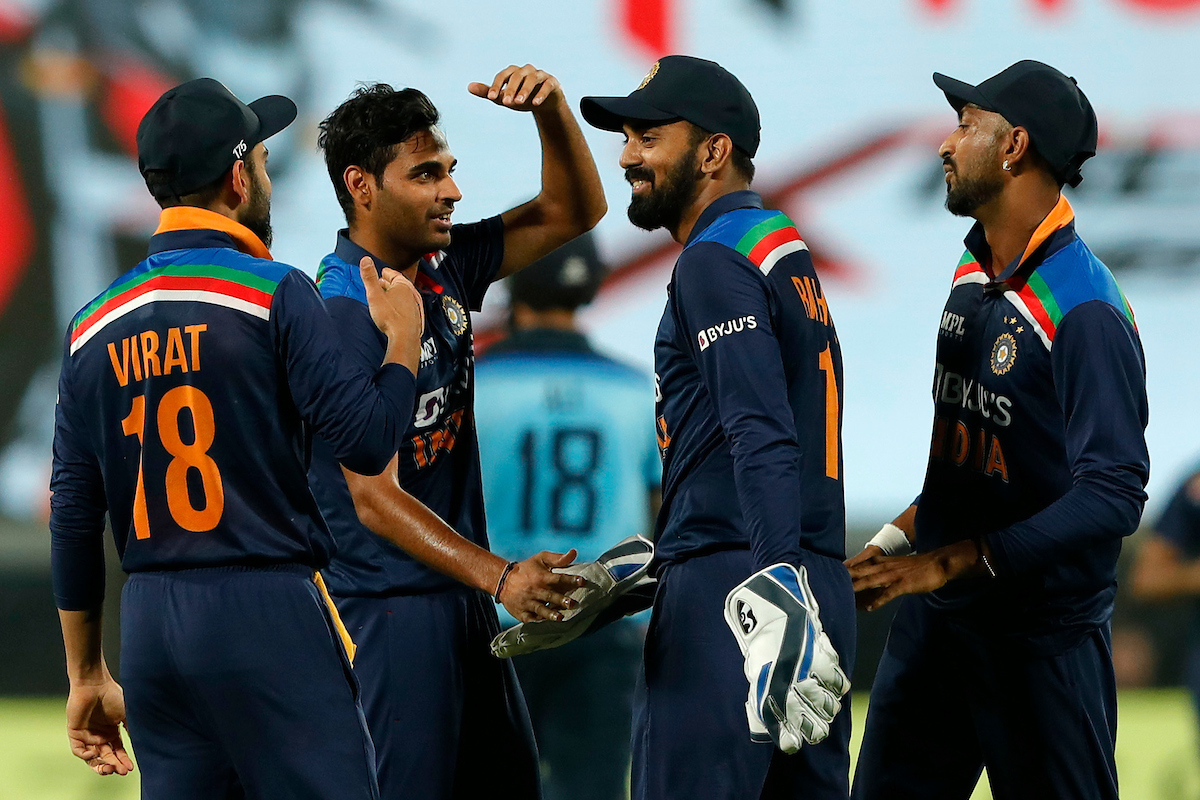 Dubai: All-rounder Hardik Pandya’s form and few batting slots will be foremost on captain Virat Kohli’s mind as India look to make the most of two T20 World Cup warm-up matches starting with a game against England on Monday.

With all the Indian players coming straight from the recently-concluded IPL, match practice isn’t a problem for Kohli and his men but getting the perfect combination on the park before the high-profile opening game against Pakistan on October 24 is a priority.

Against England and Wednesday’s game versus Australia, the Indian team management would look to give the players who are still not automatic choices in the playing XI, more overs to bat or bowl to get a better idea about their current form.

Vice-captain Rohit Sharma is a certainty at the top but it would be a tough choice between Ishan Kishan and KL Rahul as his opening partner.

It could well be a case where both are given a fair go at the top of the order to see who is in better touch.

Rahul will be the favourite considering that he has the experience of playing pressure matches and is in good form having amassed 626 runs (including 30 sixes) at a strike-rate of 138.80 in 14 IPL games.

Such numbers make him the favourite to pip Kishan but it is worth mentioning that Rahul’s statistic improved substantially during an inconsequential game for Punjab Kings against Chennai Super Kings, in which he scored 98 not out off 42 balls with eight sixes and seven fours.

Otherwise, he has not exactly got the move-on in power play overs and has only been able to accelerate towards the end in other games.

Kishan was brilliant as Rohit’s opening partner in the last two games as he nearly took Mumbai Indians into the play-offs with two blazing fifties.

If Rahul is the team’s preferred choice, Kishan might just force Hardik into the No. 6 slot in the batting order, which is ideal for a finisher. For MI, both Hardik and Kishan had underwhelming returns in the UAE leg.

Bhuvneshwar Kumar and Jasprit Bumrah are expected to be the two pacers but if the team plays a spinner less, then Shardul Thakur’s inclusion will provide the depth required.

For England, a rejuvenated Jos Buttler with his pyrotechnics will hold the key along with the flamboyant Jason Roy and another senior batter in Jonny Bairstow.

If the IPL is any indicator, on the slow tracks some of the English players like Liam Livingstone and Dawid Malan seemed to struggle when the ball didn’t come on to the bat. Skipper Eoin Morgan was brilliant as a leader at KKR but he would also like to score a few runs going into tournament proper.