India's youth policy a gamble worth taking for World T20 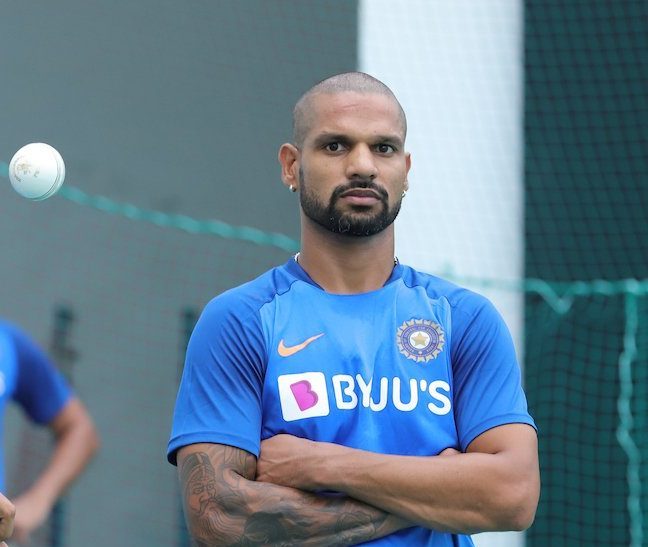 India has adopted a youth-first approach keeping in mind the World T20 next year.

Mumbai: Now that the ICC has begun a World Test Championship (WTC), all teams have to introspect.

Earlier, with no competition format in Tests, teams would only concentrate on rankings. But now teams have to plan on getting maximum number of points and prepare accordingly.

They also have to take into account player injuries, which have become too frequent in modern day cricket.

Now cricketers play roughly 15 Tests plus a goodish number of ODIs, T20Is and the IPL. That’s too much load on even the fittest of cricketers.cricket news

Hence the importance of bench strength would increase manifold. The teams would have to have decent reserve players who could rise to the occasion if and when situation demands.

This would also help emerging talents get much-needed exposure and experience. But unless each player gets a decent number of games, it would be difficult to gauge their quality.

The WTC would ensure that all teams would have more fringe players in A teams. The frequency of A tours would increase because of the WTC.

India looks to have found a settled Test squad, atleast for the WTC’s first year. The team has decent back-up for each and every position and the players are all experienced, with several A tours and 5-6 years of domestic cricket behind them.

But with the World T20 roughly a year away, India have shifted their focus to T20s. Judging by the team chosen by the selectors for the South Africa T20s, quite a few inexperienced bowlers have been given a chance to show their mettle.

It’s worth the risk as sooner or later these players need to be given opportunities. T20s is a youngman’s game. The format demands fresh legs, good arms and agility from players.

Virat Kohli and Ravi Shastri has made it clear that they would try out several combinations keeping in mind the World T20. The selectors also have picked the squad accordingly.

The South Africa series would be followed by Bangladesh series where a different set of players could play. The same policy could be adopted for the Indian U-19 World Cup and the Asia Cup.

This policy should not only help youngsters mature but also help in building team combination. 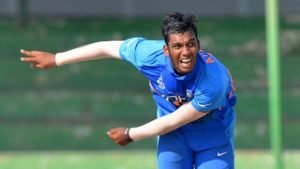 Atharva Ankolekar has made a name for himself in India’s U-19 Asian Cup triumph.

For instance, Atharva Ankolekar, hero of India’s U-19 Asia Cup triumph showed exemplary temperament in taking 5/28 in the final against Bangladesh.

It’s not always the result, the mode of getting the result, scoring runs or taking wickets that is essential to the selectors and coaches in the case of any budding cricketer.

The greater the exposure for fresh talents, the greater the chances of getting noticed by the selectors. The India A and U-19 schedule is beautifully chalked out, which could be attributed to the inputs of A team coach Rahul Dravid and BCCI’s general manager, cricket operations, Saba Karim.

With a clear roadmap and a settled squad, the team should focus on improving its fielding standards even further.

As the focus is on the World T20, India should be well advised to concentrate on fielding because in T20s a run saved is a run scored.

The average score in T20s is around 140 runs. And 4-5 runs could decide the fate of any match. Which is why the Indian players undergo a lot of fielding drills in their practice sessions.

Indian players are quite good on the field. West Indies perhaps are the weakest.

The real tussle is expected to be between India, England, New Zealand and Australia.

Much curiosity would be on India coach Ravi Shastri’s plans. With a new fitness trainer and physio, he must chalk out a fitness regime for the new players in the squad.

Under outgoing trainer Shankar Basu and physio Patrick Farhart, the fitness levels have gone up significantly.

Basu and Farhart’s successor have to carry on the job. How they do it remains to be seen.

Keeping in mind the T20 World Cup and the WTC the cricket season is expected to be an intriguing one where the fans could expect to feat on some exhilarating action.

Unlike other series’ the recently- concluded Ashes wasn’t the most exhilarating in terms of quality.

Apart from the brilliance of Steve Smith and Ben Stokes, hardly anybody performed consistently.

And for this very reason you can’t say that this series could supersede the performance of other memorable Ashes series’ over the years.

Two giants of cricket – who had the better summer?