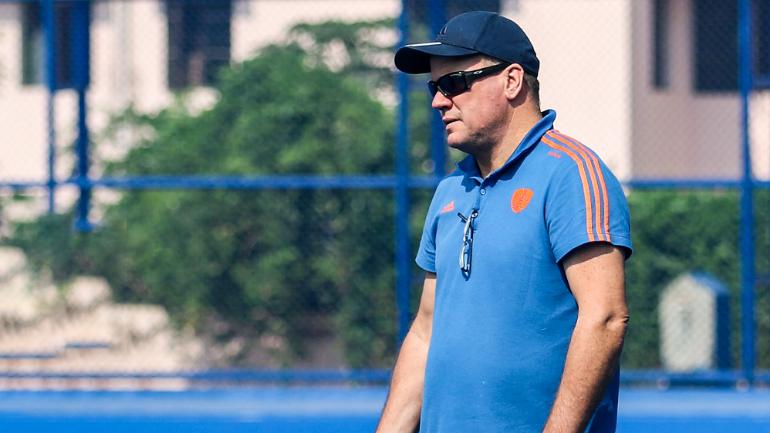 Bhubaneswar: With no international assignment till next year, the Indian men’s hockey side will focus on individual improvement rather than team tactics during the ongoing national camp, chief coach Graham Reid said on Monday.

After securing a 2020 Olympics berth in the qualifiers against Russia, the team is currently undergoing a three-week training and conditioning camp which will conclude on December 8.

“Given there is no tournament immediately following the three-week camp in Bhubaneswar, it is a perfect opportunity for us to change focus from team tactics to more about individual improvement,” Reid said as the national camp of 33 core probables which began at the Kalinga Stadium here on Monday.

“We will do this through detailed analysis and review from our performances last season including the FIH Hockey Olympic Qualifiers in Odisha. This will provide a good road-map for us in our quest to squeeze as much improvement as we can in the next nine months,” the 53-year-old Australian added.

The Indian team recently secured its place at the 2020 Olympic Games by defeating Russia 11-3 on aggregate at the FIH Hockey Olympic Qualifiers here.

India’s next assignment will be the twin home leg matches of the FIH Pro League against the Netherlands in January next year.