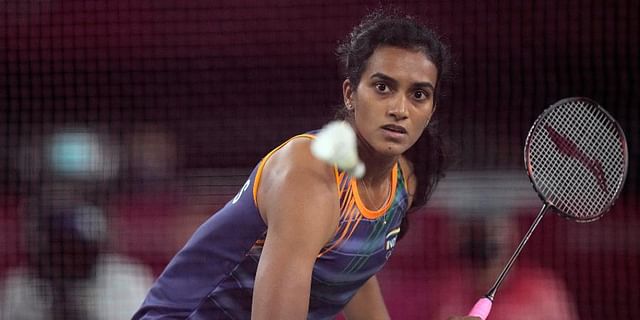 Bali: India’s double Olympic medallist PV Sindhu showed great determination to outwit a tenacious Aya Ohori in the opening round of the Indonesia Open Super 1000 event here on Wednesday. After a slow start, Sindhu, the reigning world champion, engineered a turnaround to register a hard-fought 17-21 21-17 21-17 win over Japan’s Ohori in one hour 10 minutes to advance to the pre-quarterfinals.

With the win, Sindhu improved her impressive record against the Japanese shuttler to 11-0. World number seven Sindhu, who made a semifinal exit after suffering a straight game defeat to Japan’s Akane Yamaguchi here last week, will meet 23-year-old German shuttler Yvonne Li in the second round.

It will be the first meeting between the third seed Indian and world number 26 Li. The mixed doubles pairing of N Sikki Reddy and Dhruv Kapila maded a first round exit, falling to the Japanese duo of Kyohei Yamashita and Naru Shinoya, 7-21 12-21.