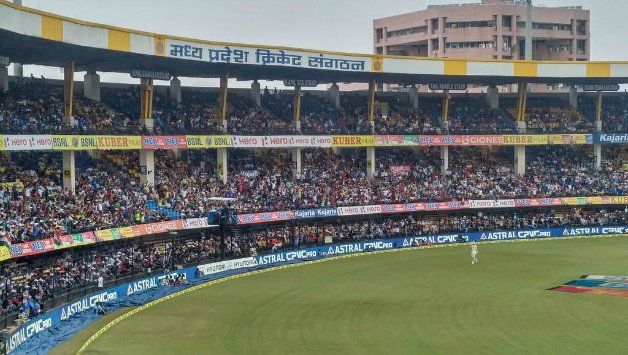 New Delhi: Having fixed Test centres might be a good idea but all traditional Test centres like the Holkar Stadium in Indore should be considered while formulating the centres, believes Madhya Pradesh Cricket Association (MPCA) chairman Abhilash Khandekar.

India skipper Virat Kohli has recently mooted the idea of having five permanent Test centres for future home series, similar to the English and Australian model, in a bid to arrest dwindling spectator count in Test matches.

India is scheduled to play their first Test against Bangladesh in Indore from November 14.

In India’s recent Test series against South Africa, the spectator count at Ranchi, venue for the match, was abysmally low. When asked about the low turnout, Kohli suggested that the Board of Control for Cricket in India (BCCI) should think of identifying five venues, which has history of hosting five-day matches, as Test centres.

He hoped that could be a solution to tackle low crowd count in Test cricket.

Khandekar said he is not averse to the idea but it due diligence should be taken while designating venue as Test centres.

“It depends on the venues to venues and however, it could be a good idea but, Indore as a Test centre is developing day by day in terms of number of spectators,” he told Sports Lounge  in an exclusive chat.

Khandekar said Indore being a massive city in central India gets much number of spectators.

“Also, proximity of the Holkar stadium which is situated in the heart of the city is a big advantage for spectators to watch the Test match and also being a heritage spot for Indian cricket, Holkar is one of the major Test centres for hosting Indian cricket”, Khandekar added.

According to reports, 7,000 season tickets for the Indore Test have been sold till Wednesday.

Indore’s credentials as a Test centre has also been endorsed by former India captain and coach Anil Kumble who said he was impressed by the crowd in the city whenever he played at the Holkar stadium.

“When I was the coach, I think we played in six different centres, they were all new centres and the one centre it was packed was Indore. And the atmosphere was brilliant,” Kumble has reportedly said.

But since the BCCI adopted a rotation policy in 2015 different venues started hosting matches as and when its turn came.

New BCCI president Sourav Ganguly is yet to clear his stance regarding the idea.

Ticket prices at Indore range between Rs 315 and Rs 1,845. The teams will reach Indore from Nagpur in the afternoon of November 11.

Ashish Mani Tiwari is a Correspondent with Sports Lounge in New Delhi.