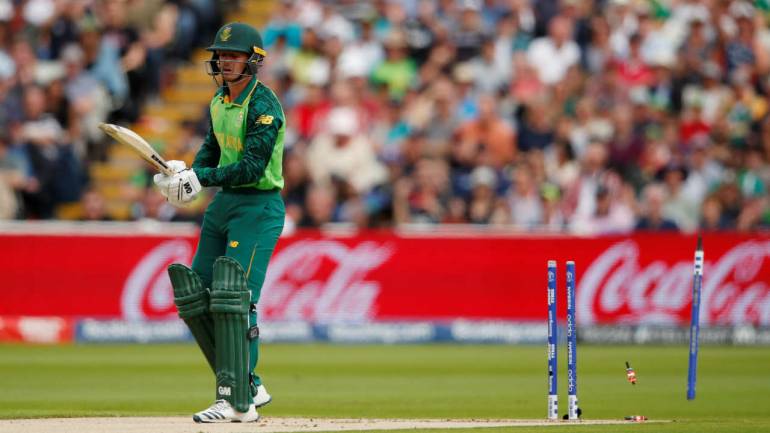 South African batsmen have struggled to score in their recent outings with the team failing to qualify for the ODI World Cup semifinals.

Asked about his observations regarding the deficiencies of the team, Muzumdar told Sports Lounge, “Yes inexperience is evident in South Africa team, but there is a scope for improvement.”current sports news

Great start to the tour of India last night with dinner with the High Commissioner of South Africa, His Excellency, Mr Sbu Ndebele and his wonderful staff & their families. It’s great to know our boys will have a few familiar faces to look out for on match days. #ProudlySA 🇿🇦 pic.twitter.com/iujr20WKNp

“Once, I will join the team, I will be able to analyse what exactly is the problem. Also, I am very excited about this new chapter of my coaching career”, he added.

Muzumdar will join the South African team on September 18 at Mohali. The three match-Test series will be beginning at Visakhapatnam (October 2-6) followed by matches in Pune (October 10-14) and Ranchi (October 19-23). South Africa was defeated in a four Test match series 0-3 by India in 2015.

Before the Test series, India and South Africa will engage in a three- match T20 series.

Muzumdar made his first class debut for Mumbai (Bombay) in 1994 against Haryana and made total 11,167 runs in first class cricket. He is the second-highest run-getter in the history of the Ranji Trophy.

Muzumdar holds wide coaching experience, including batting coach of Rajasthan Royals in the Indian Premier League (IPL), India’s Under 19 and Under 23 sides at the National Cricket Academy. He has been the batting coach of the Netherlands In December 2013.

Commenting on the Muzumdar’s appointment, Cricket South Africa’s (CSA) acting director Corrie Van Zyl said, “He brings an intimate knowledge of Indian playing conditions and the challenges our batsmen are likely to face.

“He also assisted us at the spin bowling camp we held recently in India and thus has already built up a good working relationship with Aiden Markram, Temba Bavuma and Zubayr Hamza.”

My perseverance has paid off: Para-Badminton world champion Manasi Joshi