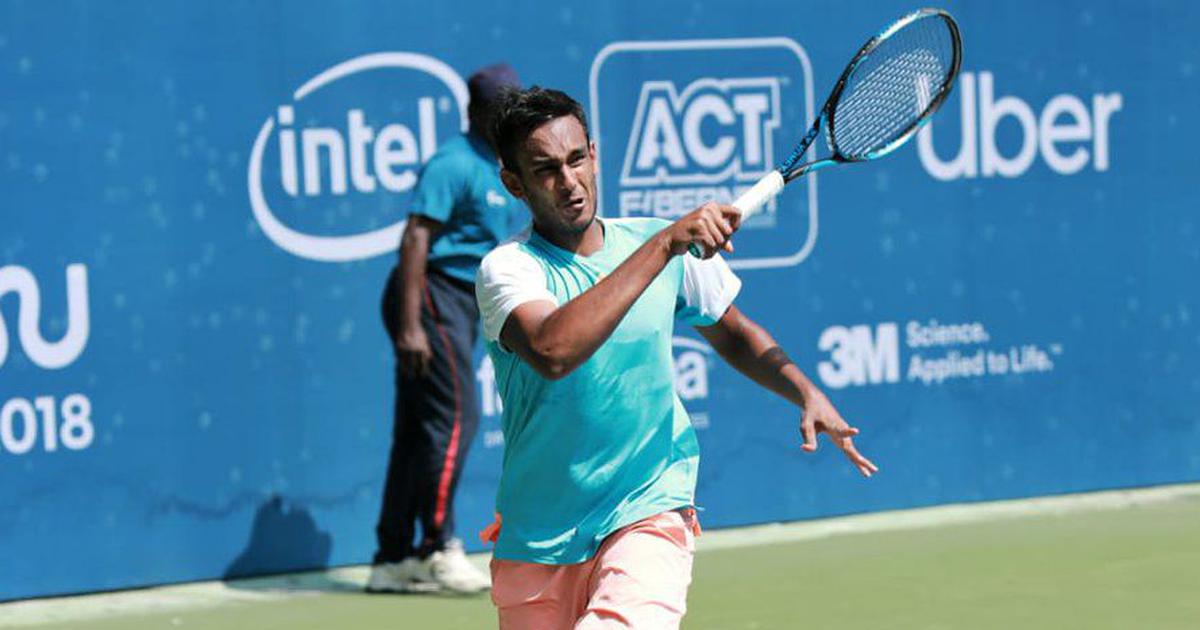 New Delhi: Young Sasi Kumar Mukund on Saturday pulled out of the upcoming Davis Cup tie against Pakistan due to a foot injury.

Mukund, who was named as a reserve member, suffered the injury while playing in a tournament in Portugal.

“Unfortunately Sasi will not travel with us. He has informed that he sustained the injury while playing the doubles with compatriot Purav Raja,” India’s Davis Cup coach Zeeshan Ali told PTI during the team’s practice session at DLTA.

Mukund is now the second Indian player to pull out of the tie after Rohan Bopanna had withdrawn due to a shoulder injury.

“I can’t put my weight down properly due to the injury,” said Mukund.

Zeeshan said they wanted N Sriram Balaji to travel to Nur Sultan but getting visa at such short notice won’t be possible.

Balaji was not named in the eight-member squad but he has been with the Indian team in the training camp to help the side prepare since Thursday.

Captain Rohit Rajpal, who was busy working out the doubles combination during the session, rued Mukund’s absence.

“It is always good to have different training partners in an away tie. You need that variety in the side. It’s unfortunate,” Rajpal said.

Taking about the doubles combination, Rajpal said they are trying both Saketh Myneni and Jeevan Nedunchezhiyan to pair with Leander Paes.

“We still feel, Aisam and Aqeel may turn up for Pakistan so we are preparing all combinations. If a player like Saketh is there, Leander can dominate from the net,” he said.

“If Jeevan is playing with Leander then probably, it’s better Leander takes care of the back side of the court since Jeevan is quick. So we are trying everything.”

Nadal-led Spain up against Canada in Davis Cup final