Australia favourites but India are no pushovers: Mithali

Mayank isn’t Sehwag or Warner, but has clarity of mind: Gambhir

Reserve''oir of Memories: Shastri back for another Test at the Basin

Need to come up together, can't rely on just one or two players: Harmanpreet

Pant needs to accept that he is going through a rough patch: Rahane 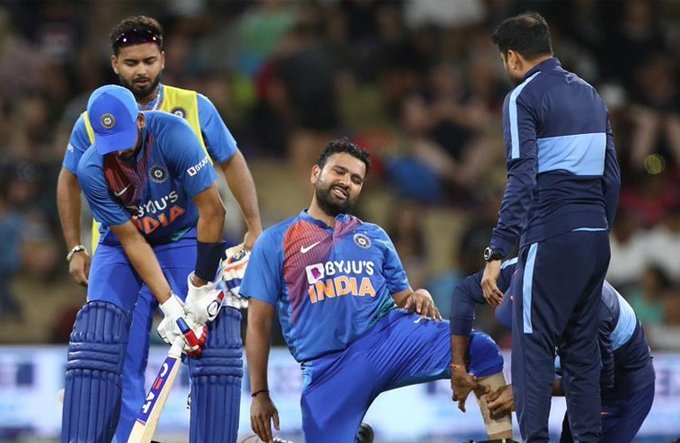 Rohit Sharma is out of the remainder of the New Zealand series with a calf injury.

New Delhi: The old cricketing adage – ‘bowlers hunt in pairs’ – can well be extended to batsmen too.

But right up there at the top of this exclusive list is the Indian pair of Virat Kohli and Rohit Sharma.

The Kohli-Rohit duo added a match-winning 137-run stand for the second wicket in the series decider against Australia in Bengaluru recently. This was their 18th hundred stand – only Tendulkar-Ganguly (26) and Dilshan-Sangakkara (18) have more.

Overall, the pair have together added 4,878 runs in 80 innings. Their partnership average of 65.04 is the second-highest in ODI cricket history (minimum 30 partnerships) only after Amla-De Villiers (72.34).

But what makes the Kohli-Rohit partnership really stand out is their contribution in wins for India.

Even if we do not factor in not-outs and only consider the actual average (Runs/Partnership), it is again the Kohli-Rohit partnership which comes on top with 75.06 runs per innings in victorious matches.
Almost three-fourth (73.86%) of the runs scored by the pair between them have resulted in a win for India – that is how crucial their partnership has been to their team’s chances.

Fourteen of their 18 hundred-partnerships have led their team to victory. Moreover, their frequency of producing such a partnership in victorious matches is the second-best in history (every 3.43 matches) after Williamson-Taylor (every 3.18 matches).

Apart from the volume of runs they have scored with each other, what also stands out is the rate at which the pair has scored. Their partnership run rate in wins stands at 6.07 – that is a strike rate of 101.17 – it is the joint-eighth highest in ODI history.

There are two other characteristics of the Kohli-Rohit partnership which stand out – the timing of their best performances – they have the uncanny ability to produce their best in the big matches. And the context of the match in which they paired together and came up with fine performances – more often than not when the other Indian batsmen had failed.

Their first hundred stand came in a chase against Sri Lanka in Bulawayo in 2010. The duo came together at 47/2 and put a match-winning stand of 154 off 168 deliveries. This was followed by a 163-run partnership (from 84/3) against the West Indies in Visakhapatnam in 2011.

The pair joined hands at 29/1 in the decider against New Zealand in Kanpur in 2017 and put together a mammoth 230 off just 211 deliveries helping India to 337/6, which ultimately proved to be too many for the visitors.

The duo smashed a match-winning unbeaten stand of 178 against Bangladesh in the semi-final of the ICC Champions Trophy in Birmingham in 2017 as India chased down a target of 264 with almost 10 overs in hand.

The pair have an excellent record in World Cup and Champions Trophy matches. They have aggregated 601 runs in 9 innings including two hundred and three fifty partnerships. Their average of 85.85 is the fifth-best in history in such matches (min. 8 partnerships).

While their overall record places them amongst the all-time great ODI pairs in history, it is their form since 2017 which has been outstanding!

The Kohli-Rohit pair have added 2311 partnership runs in just 29 innings since the 1st of January, 2017. Their average of 85.59 in this time-frame is the second-best (min. 500 runs) only after Guptill-Taylor (96.85) though the New Zealand pair has a sample of just nine matches.

India have been victorious in eight of the nine hundred partnerships recorded by Kohli-Rohit during this period. Nearly 90% (89.44%) of their total partnership runs have come in wins for India, a phenomenal statistic.

Individually too their feats and achievements in the last three years have been mind-boggling. They have been the highest run-scorers in ODI cricket in the world during this time-frame.

CricAlgorithmics provides analysis on cricket based on statistics