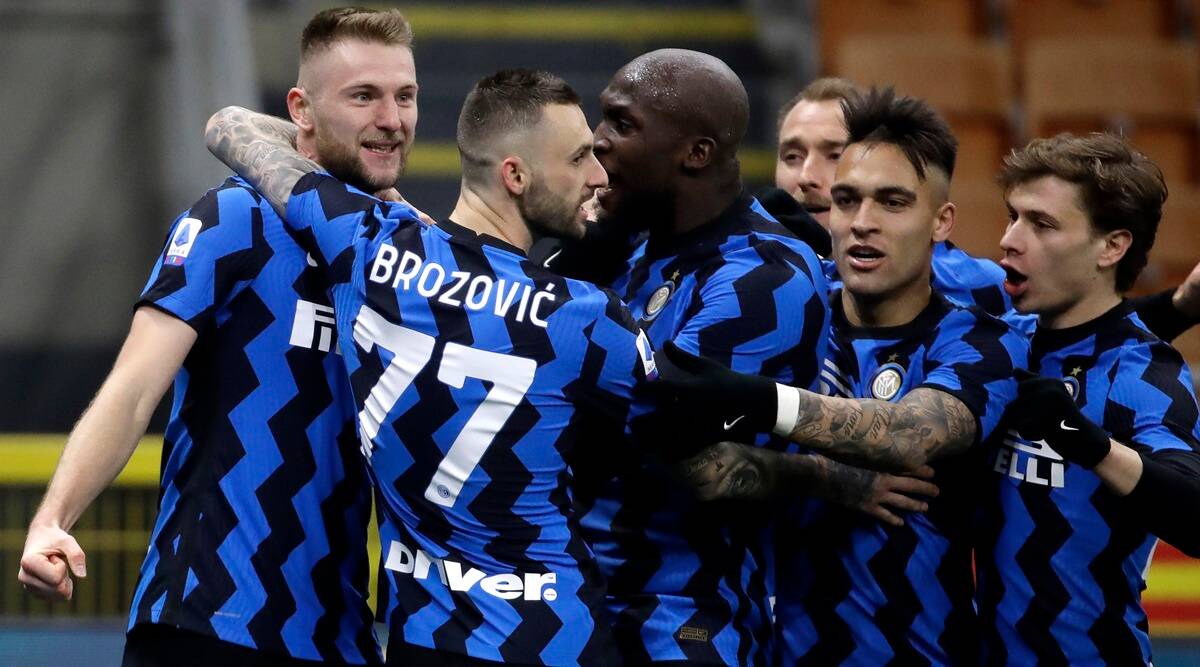 Rome: Inter Milan claimed their 19th Italian Serie A title after a 1-1 draw between Atalanta and Sassuolo gifted the Nerazzurri the crown for the first time since 2010, and their first major title since winning the Coppa Italia in 2011.

Inter had last claimed the Scudetto in the 2009-2010 season when coach Jose Mourinho guided the Italian giants to a historic treble. AC Milan then topped Serie A the following year, before Juventus established an era of dominance by winning nine consecutive titles.

The Nerazzurri temporarily went 13 points clear on the table after a 2-0 victory over already-relegated Crotone on Saturday. Antonio Conte’s side was expected to end the title drought with four games remaining once Atalanta failed to beat Sassuolo, and the 1-1 draw was enough for Inter to secure the championship.

“We are, yes, we are. Champions of Italy. We can finally scream it, after dreaming of it, after keeping it hidden in the depths of our hearts, after holding on to it like a precious dream that we did not want to waste. We wear this Scudetto. Beautiful, emphatic, deserved. Long-awaited and yearned for,” Inter wrote on their website.

The newly-crowned champions also urged the fans to “celebrate responsibly”.

While the Scudetto has been secured, the top-four race is still wide open as Juventus fight for a Champions League spot.

The Bianconeri were 0-1 down just 10 minutes into the game against Udinese, but Juve started to push forward and it paid off in the last minutes as Cristiano Ronaldo ended his goal drought with a penalty and a header, helping the Old Lady finish the comeback.

Atalanta, Juventus and AC Milan rank second to fourth, all with 69 points, while fifth-placed Napoli with 67 points also have Champions League aspirations after a 1-1 draw with Cagliari on Sunday.