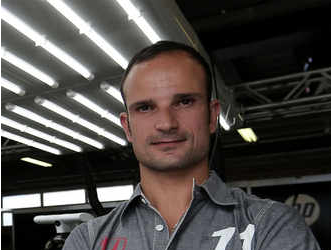 Chennai: Former Italian Formula 1 racer Vitantonio Liuzzi has said that there was a lot of following for motorsport in India and he didn’t see why F1 should not be back here in the future.

“India has a lot of interest in motorsport. People are passionate about speed and racing. That is why the Force India owners and other sponsors made F1 happen here.

There are business tycoons who could still be interested in F1. I think they should push for it, Liuzzi, who is here to take part in the second round of the franchise-based X1 Racing League, said.

“India is nothing less when compared to other countries in the world. It has got so many businessmen.

Geographically, it is huge. It can make a successful team in any sport. I dont see why F1 shouldnt be back here in the future, the Italian, who is turning out for Black Birds Hyderabad in the League, added.

The 39-year old Liuzzi, who had to give way to India’s Narain Karthikeyan at HRT in 2011 for the Indian GP at the Buddh International Circuit in Greater Noida, said he was more than happy then to give way to the host nation’s driver.

He felt there was a lot of interest for motorsport in India, referring to the crowd in the opening round of X1 League at the BIC.

Liuzzi, who turned out for four teams in F1, said during round one of X1 Racing League, the main grandstand was packed, which was an indication of how much the locals loved the sport.

The former F1 driver said domestic racers long for such sights during their career, adding “it is always a special feeling to race at home.”

He said the format for X1 Racing was interesting as home grown talent in India got to mix with international racers and learn from them.

Liuzzi, who calls himself an admirer of Italian club Inter Milan and Marco Materazzi, said he was looking forward to the second leg of X1 league at the MMRT track at nearby Sriperumbudur on Sunday.

I am looking forward to the second leg. The first leg didnt go the way we wanted.

The situation in Chennai will be completely different. The track is pretty new to most of us.

The circuit is not really fitting the car we are using, but I feel it will be an interesting weekend, he added.

JK Tyre festival of speed: A carnival for all as Vishnu, Muzammil grabs spotlight