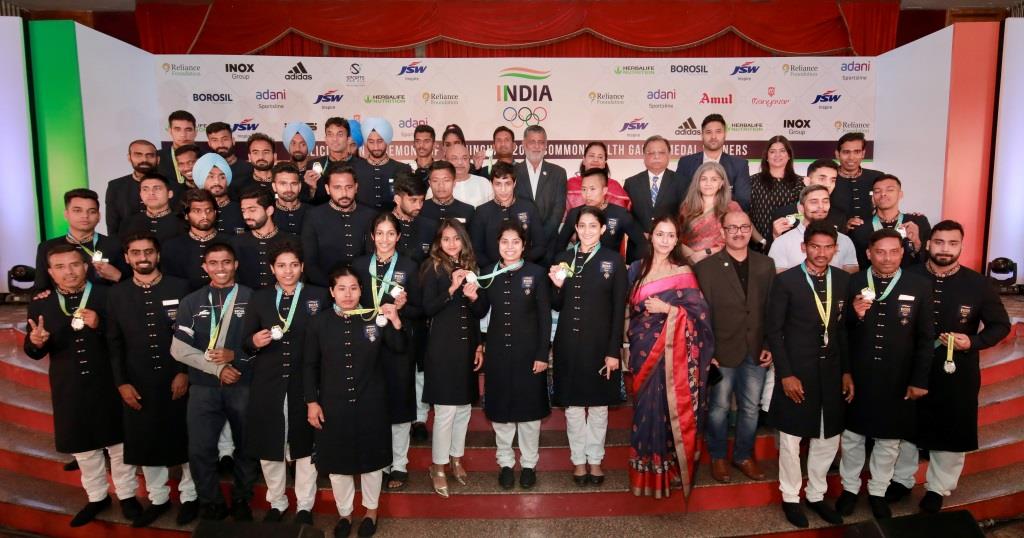 IOA Secretary General Rajeev Mehta: “I take this opportunity to congratulate all our medallists for bringing glory to India with a combined haul of 61 medals, despite the shooting, one of our top medal-yielding sports, not being part of the Birmingham 2022 Commonwealth Games. I would also like to thank all the coaches and support staff members for the hard work they put in behind the scenes to prepare our athletes for these Games and the IOA is delighted to see their hard work come to fruition.

“I would also like to thank our sponsors for their support and the IOA Acting President Anil Khanna and the IOA treasurer Anandeshwar Panday for their assistance. The cash rewards are a means to not only acknowledge the immense effort of the athletes but also a realistic way of supporting them in their chosen path because only when the athletes, and their families, are financially sound, will our sportspersons be able to chase excellence in this field.”

On behalf of the IOA, Mehta and Khanna reiterated their stance on making a case for having shooting and wrestling included in the final sports programme of the next edition of the Commonwealth Games, which will be held in the Australian state of Victoria in 2026.

The IOA officials also addressed the concerns raised recently by the International Olympic Committee (IOC) regarding the IOA’s internal affairs.

Acting President Anil Khanna: “[…] As per Clause 27 of the Olympic Charter, which relates to the National Olympic Committees – there are eight or nine clauses – we are complying with every clause. We respect the Olympic Charter, we look after our athletes extremely well, our government is very supportive of looking after our athletes, we have done extremely well at the Commonwealth Games right now, we had a good performance at the [Tokyo 2020] Olympics, we are looking forward to doing international competitions, India will be one of the host countries for the Olympics, the Asian Games and various [other] things in the near future. So, when we are complying with everything, there is no reason for the IOC to suddenly panic so fast… I think we are moving towards a more robust and better constitution, and a better, stronger IOA.”

The officials congratulated them on their historic silver medal, which, the IOA believes is a testament to the relevance of the Commonwealth Games given the rise in popularity women’s cricket in India is expected to witness following the national team’s medal-winning feat in the inaugural edition of the women’s cricket competition. Harmanpreet Kaur, the Indian cricket captain, was one of the members of the cricketing touring party who had a chat with the IOA officials, as did their coach Ramesh Powar and manager Maroof Fajandar.