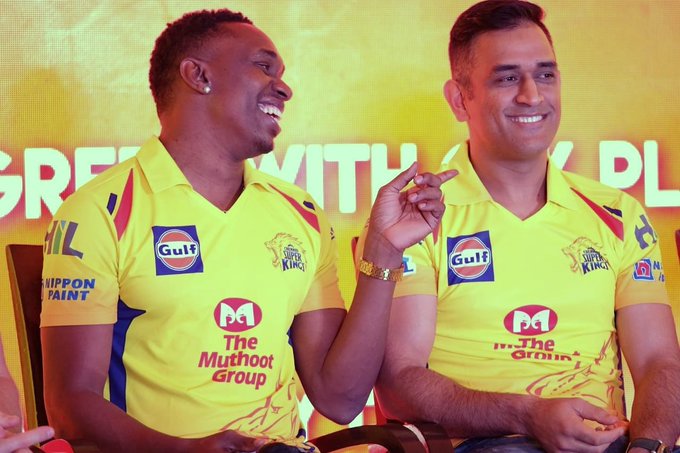 Dhoni’s diving catch to dismiss Shivam Mavi off Dwayne Bravo enbaled him to surpass KKR’s Dinesh Karthik to top the wicketkeepers’ charts with most catches.

It was a fitting gift to birthday boy Bravo, helping him complete 150 wickets in IPL.

Did You Watch ? Watch Out: Flying MS Dhoni

Play this on loop and keep watching this @msdhoni magic behind the stumps. Catch par excellence from MSD.https://t.co/yE7SsOWcIW #Dream11IPL

Dhoni now has most number of catches by a wicketkeeper (104), one more than Karthik. The CSK skipper has 143 dismissals in the IPL, 10 more than Dinesh Karthik.

Amit Mishra of Delhi Capitals is at the second spot with 160 wickets (150 matches). CSK spinner Piyush Chawla is third with 156 wickets while Harbhajan Singh is tied Bravo on 150 wickets.

Milestone Alert!@DJBravo47 now has 150 wickets in the IPL. He is the 5th bowler in IPL to achieve this feat.#Dream11IPL pic.twitter.com/VIB7L241xA

Most wickets in IPL