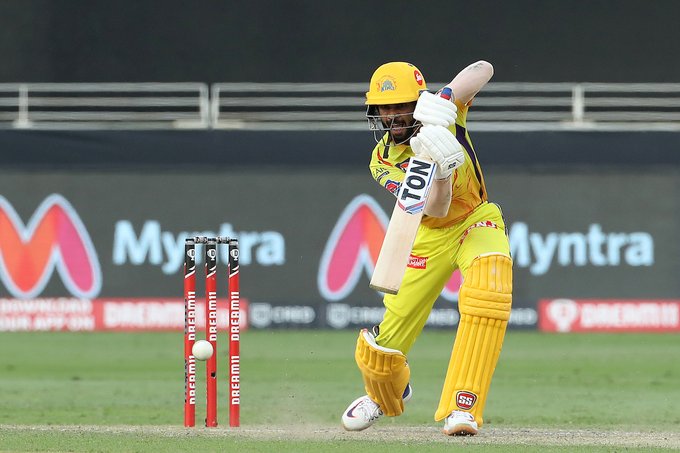 New Delhi: Opener Ruturaj Gaikwad anchored the Chennai Super Kings (CSK) innings as a clinical performance from them, a rareity this season, and helped them to an eight-wicket win over Royal Challengers Bangalore (RCB) at the Dubai International Stadium. CSK have thus kept their record of not being beaten by RCB twice in an Indian Premier League (IPL) season intact as they recorded just their fourth win of the season.

A well made maiden IPL half-century for Ruturaj Gaikwad.#Dream11IPL pic.twitter.com/dIypPUCiIz

Royal Challengers Bangalore were restricted to 145/6 on Sunday by the Chennai Super Kings at the Dubai International Stadium. CSK conceded just 20 runs and took four wickets in the last three overs of the innings after RCB looked set for a big total during captain Virat Kohli and AB de Villiers’ 82-run stand for the third wicket.

Royal Challengers Bangalore skipper Virat Kohli on Sunday became the fifth batsman and third Indian to hit 200 sixes in the Indian Premier League. Kohli hit one six and a four in his 43-ball 50 against Chennai Super Kings.