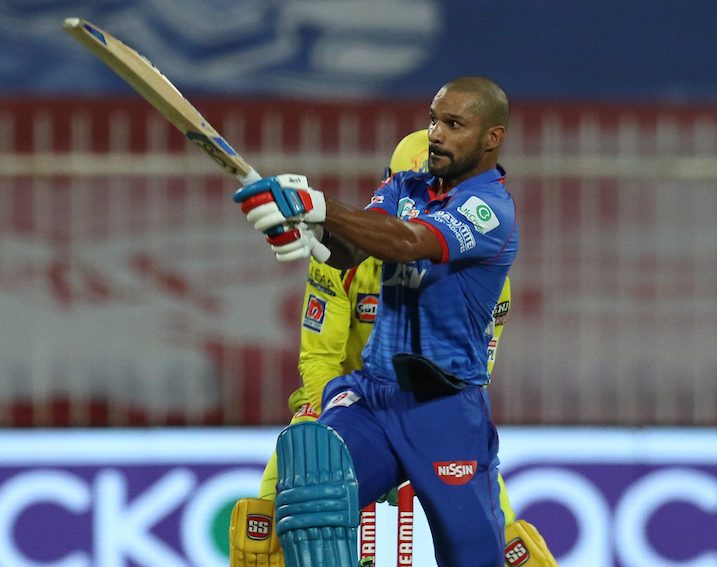 Sharjah: Shikhar Dhawan scored his maiden T20 century while Axar Patel knocked off the required 17 runs off the last over with ease as Delhi Capitals beat Chennai Super Kings by five wickets at the Sharjah Cricket Stadium on Saturday.

Dhawan ended the match unbeaten on 101 off 58 balls while Axar smashed three sixes in the last over to remain unbeaten on 21 off just five balls.

CSK had scored 179/5 in their 20 overs thanks to a late surge from Ambati Rayudu and Ravindra Jadeja, while DC ended the game on 185/5 with a ball left.

DC were helped in their chase by a series if misfields and dropped catches by the CSK players. Dhawan was first dropped in the seventh over when he was on 25 and later in the 16th over by Rayudu when he was on 79.

CSK wicketkeeper MS Dhoni was also late to a potential catch off Dhawan in the 10th over just after he had scored his half-century.