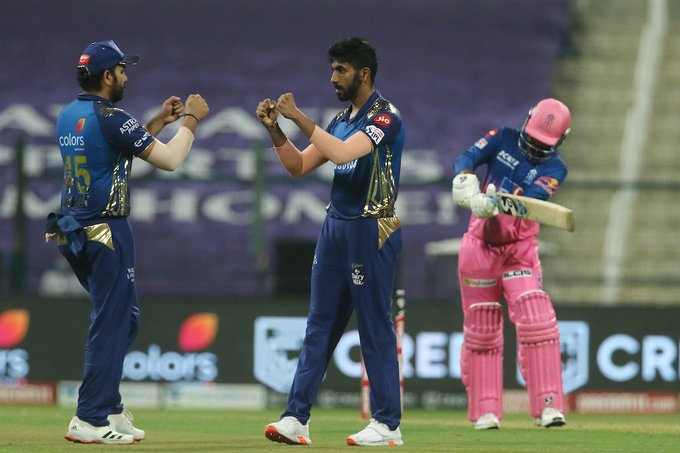 New Delhi: Jasprit Bumrah has been a keg cog in Mumbai Indians’ bowling wheel and bowling coach Shane Bond has no hesitation in calling the Indian pacer as “one of the best fast bowlers in the world.”

Defending champions Mumbai Indians are at second spot with 10 points, two points short of front-runner Delhi Capitals and Bumrah has played an important role in team’s success in the ongoing IPL.

In the seven matches played so far, Bumrah has scalped 11 wickets at an average of 20.18 with 76 dot balls from 28 overs. Coach Bond feels that Bumrah’s willingness to improve has made him the best fast bowler in the world.

“It’s been really fun and I always loved working with Bumrah. Six years now. The thing I like about Jasprit is his willingness to want to improve. He has turned up the series, got another different ball,” Bond said in a video posted on Mumbai Indians’ Twitter.

“When you are seeing it from a player, who is self-motivated, doing things in the background to make themselves better. Then there is no surprise to me that he’s one of the best fast bowlers in the world,” he added.

Mumbai Indians must not take foot off the pedal, says skipper Rohit