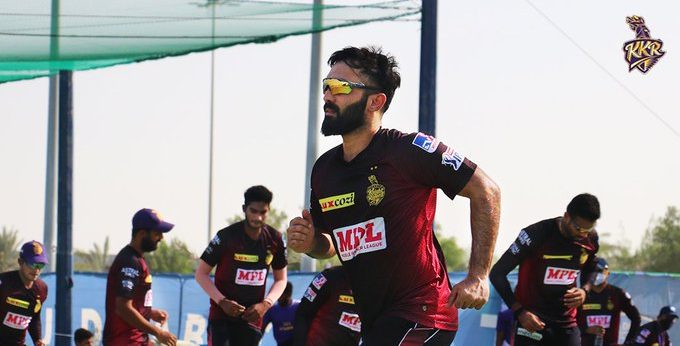 Kolkata: Kolkata Knight Riders (KKR) will look to the make the most of an efficient leadership group coupled with world class performers in their bid to bounce back after the two-time champions flattered to deceive last season, crashing out of the play-off zone for the first time since 2015.

As part of the preparations for the 13th edition, beginning in the United Arab Emirates (UAE) on September 19, KKR snapped up star Australian seamer Pat Cummins for a record Rs.15.5 crore, the most expensive overseas purchase in the history of the IPL.

But it was the signing of England’s ODI World Cup winning skipper Eoin Morgan that further added to their arsenal, not only for the left-hander’s batting exploits but also his skills as a leader, besides captain Dinesh Karthik.

Karthik was not at his best donning the skipper’s hat last time as the team finished fifth. The wicket-keeper-batsman’s decisions were frowned upon by sceptics and the team suffered from inconsistency.

KKR’s chief mentor David Hussey said at a recent media interaction from Abu Dhabi that Morgan would be a great ally to Karthik and his calm demeanour can help the team win matches.

“He is a World Cup-winning captain. He has captained England for a long time — classy player. He will be a great ally for Dinesh Karthik,” former Australia and KKR batsman Hussey said.

“Maybe fielding in the ring and talking to the bowlers while our captain’s behind the stumps, keeping wickets. He is also a very cool calm and collected person so…he will be very handy in the middle order controlling things with our captain as well.”

Batting wise, KKR were over reliant on Andre Russell with the big-hitting West Indies all-rounder scoring 510 runs in 13 innings despite batting lower down the order, something which was not to his liking.

This time the middle order will get the much needed support from Morgan besides Karthik and Nitish Rana. The hugely talented Shubman Gill will be expected to open the batting along with Sunil Narine who had a strike-rate of 150-plus last time opening the batting.

For firepower there is dashing England opener Tom Banton who can bat anywhere as seen in the England-Australia T20 series recently.

KKR’s bowling was abysmal last season with Russell topping the list of wicket-takers with 11 scalps. The spin trio comprising Sunil Narine, Kuldeep Yadav and Piyush Chawla failed miserably, though the West Indian had found some form at the back end of the league stage and finished with 10 wickets in 12 games with an economy rate of 7.82.

Lockie Ferguson, Prasidh Krishna and Harry Gurney were expected to be the X-factor but could not produce the spark as they were treated with disdain by the opponent batters.

In contrast, young Sandeep Warrier, who was a late replacement of injured seamer Kamlesh Nagarkoti, impressed with his control and accuracy with the new ball in the three games he played.

This time, KKR will have Cummins to bank on, besides a much improved Ferguson and the likes of Warrier and Prasidh Krishna for backup. KKR will also have the services of USA fast bowler Ali Khan who has replaced Gurney.

KKR’s strength will be the balance in all departments. From a leadership point of view, Morgan and Cummins will be there to assist Karthik. There is firepower and talent across the batting and bowling arsenal and on a given day, KKR has match winners who can blow any opposition away.

KKR can tread an inconsistent path and at times their decision making leaves much to be desired. Karthik drew flak for his leadership last season and although he has Morgan by his side, the seasoned campaigner would do well to be more flexible this time and cut the coat according to the cloth. The spinners floundered last time and if the same happens this season, there could be pressure on Cummins and Co. to deliver in warm conditions where they need to manage their workload.