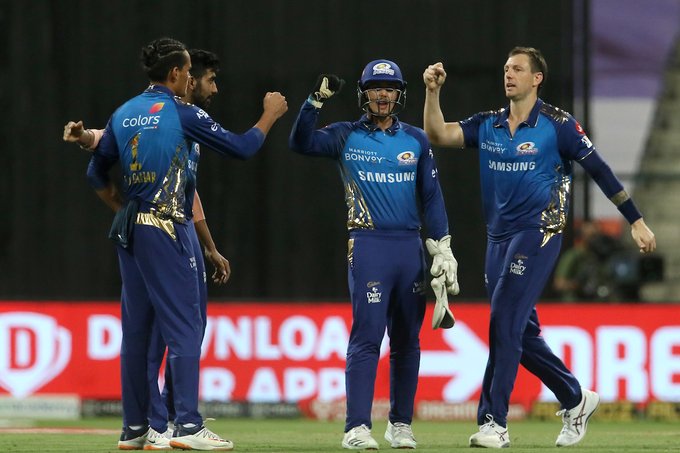 Put in to bat, skipper Rohit Sharma smashed a 45-ball 70 at the top, while Kieron Pollard (47 not out) and Hardik Pandya (30 not out) provided the late charge as MI posted a challenging 191 for 4.

Earlier, KXIP won the toss and chose to field. Sheldon Cottrell gave them a good start with the wicket of Quinton de Kock in the very first over.

While captain Rohit Sharma and Suryakumar Yadav then seemed to be steadying the ship for MI, the latter was run out by Mohammed Shami with a direct hit from short fine leg.

Another victory in the bag for @mipaltan as they beat #KXIP by 48 runs in Match 13 of #Dream11IPL.#KXIPvMI pic.twitter.com/PXN2K3cy2O

Ishan Kishan, who scored a memorable 99 in the previous match against Royal Challengers Bangalore, struggled to get the run rate for much of his innings.

His troubled stay at the crease was eventually ended on 28 off 32 balls by Krishnappa Gowtham, thus ending a 62-run stand between him and Rohit.

Pollard then came in and provided able company as Rohit increased the run rate. The MI captain, who crossed 5,000 runs in the IPL through the course of the innings, looked set for a century but a brilliant piece of teamwork between Glenn Maxwell and James Neesham at the boundary behind the bowler led to his dismissal.

But Pollard and Hardik came in and smashed 44 runs off the last overs to take MI beyond the 190-run mark.