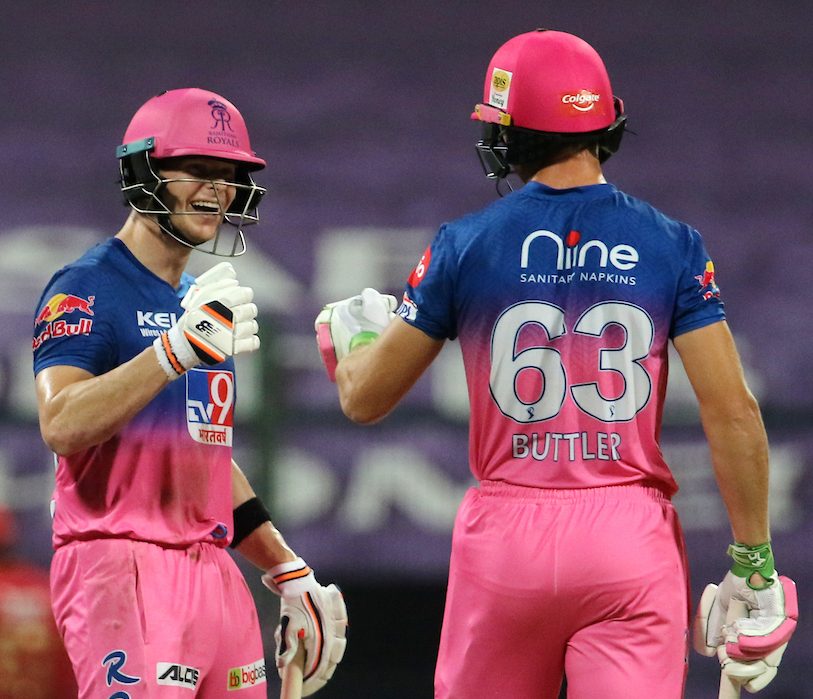 Stokes hit six fours and three sixes as the opening partnership between him and Robin Uthappa raced to 60 within the powerplay.

Sanju Samson then struck up a 51-run stand with Uthappa, but he was denied a half-century when he was run out in the 15th over. Uthappa, meanwhile, fell in the 10th over to Ashwin.

Steve Smith and Jos Buttler then saw them through to the end with an unbeaten 41-run stand for the fourth wicket.

The result takes RR up to fifth place on the points table with 12 points, and level with KXIP, who remain fourth due to their superior net run rate.

RR are also level on points with Kolkata Knight Riders who they replaced at sixth place.

Earlier, Chris Gayle was at his destructive best as he marauded his way to 99 and took Kings XI Punjab (KXIP) to 185/4 wickets in 20 overs.

The former West Indies captain was denied his 23rd T20 ton when he was bowled by Jofra Archer off the fourth ball of the last over at the Sheikh Zayed Stadium.

Left-handed Gayle hit six fours and eight sixes on his way to 99 off 63 balls. He surpassed 1,000 sixes in the shortest format of the game. He put up a 120-run stand with KL Rahul for the second wicket before a 41-run stand with Nicholas Pooran, in which the latter did much of the scoring.

Gayle then upped the ante when Glenn Maxwell joined him in the middle, getting to 99 with a six over long-on. Archer came back with an inch-perfect yorker that went past his inside edge, hit his pad and ricocheted on to the wicket.

The bat then slipped out of Gayle’s hand as he looked to hit the ground with it, before he shook hands with Archer. A win here for KXIP would all but confirm their passage into the playoffs.