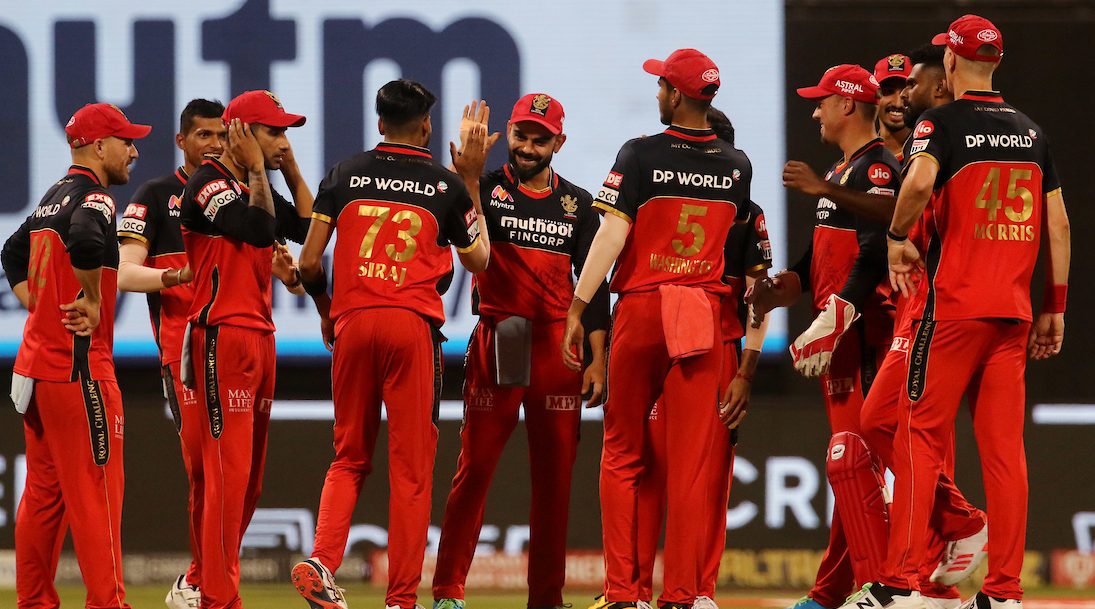 The two sides have 14 points each with RCB placed second due to their superior net run rate (NRR).

The winner will comfortably seal a playoff berth. However, it will not be the end of the road for the loser in technical terms, as the other permutations and combinations could push them through.

DC have suffered four defeats on the trot and have looked out of sorts in the latter half of season.

Their top order consisting of Prithvi Shaw or Ajinkya Rahane, Shikhar Dhawan and Iyer has failed to lay the foundation of a massive total.

The middle order led by Rishabh Pant and Shimron Hetmyer have struggled to handle the extra pressure that comes on them due to the failure of the top order batsmen.

Marcus Stoinis has also failed to make an impact with bat or ball after getting off to a flying start this season.

Fast bowlers Kagiso Rabada and Anrich Nortje have also failed to match up to their lofty standards off late, although they had a paltry total of 111 to defend in their previous match against Mumbai Indians.

DC also made the puzzling decision of dropping Axar Patel who has been a reliable hand with both bat and ball in that match.

RCB also come into the game on the back of three back to back defeats. The Kohli-led side’s strength lies with their batting, and in their last game against Sunrisers Hyderabad (SRH) the top-order failed to click which led to them falling to a five-wicket loss.

Kohli and AB de Villiers are the team’s backbone in the middle-order after the openers Devdutt Padikkal and Aaron Finch. As did DC, RCB also have made the puzzling Finch altogether as opposed to slotting him lower down the order.

Josh Philippe, however, has provided a good account of himself in the two matches he has played in place of Finch.

In their bowling, Yuzvendra Chahal has been their go-to-man while pacers Navdeep Saini, Isuru Udana, Mohammad Siraj have struggled to keep up with the wrist spinner. Chahal almost single-handedly gave RCB a glimmer of hope against SRH while defending a paltry target of 121.

The last time the two sides met earlier in the season, DC thrashed Kohli’s men by a massive 59-run margin.

IPL 2020: Morgan, Cummins to the fore as KKR stay in hunt for playoffs