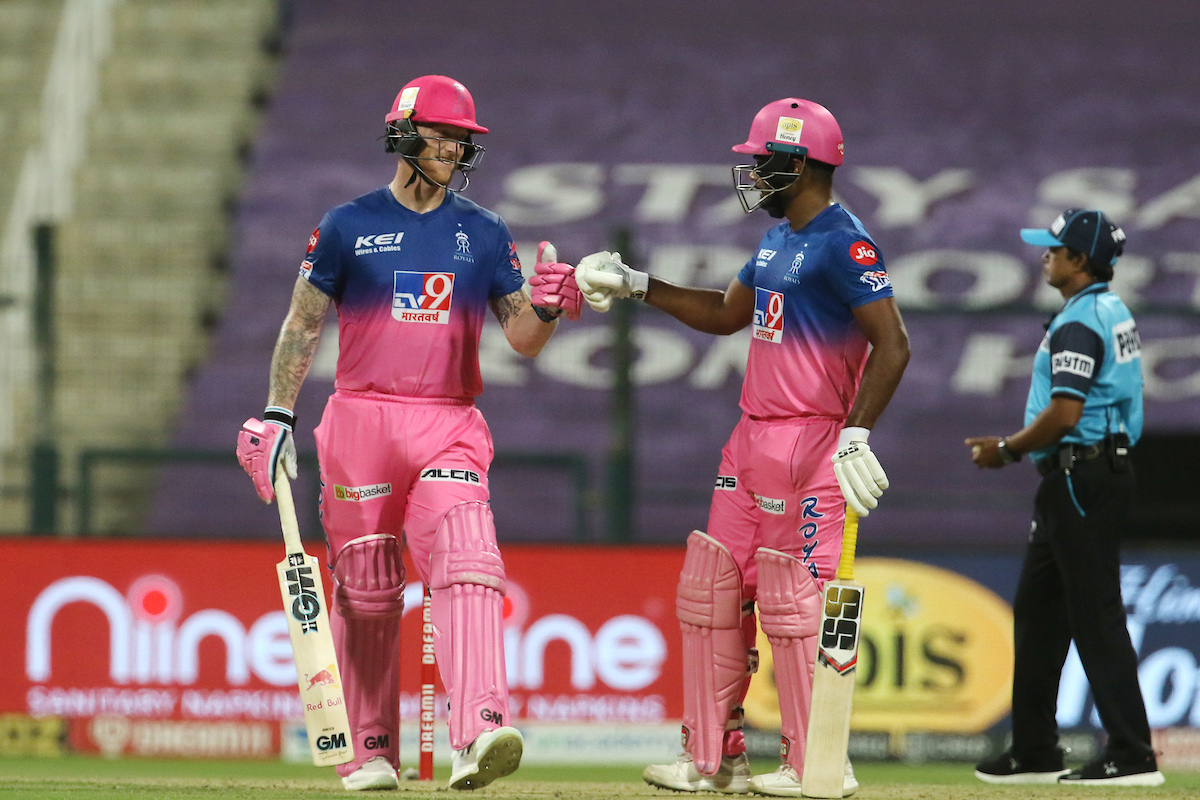 Abu Dhabi: Ben Stokes and Sanju Samson made a mockery of a target of 196 set for them by the Mumbai Indians (MI) by helping Rajasthan Royals (RR) chase down with eight wickets and nearly two overs to spare. Stokes remained unbeaten on 107, thus scoring his second Indian Premier League (IPL) century and his highest score in T20s yet, while Samson was unbeaten on 54 as they ended their innings on 196/2 in reply to MI’s 195/5.

Top effort from @benstokes38 107* and Samson 54* as they steer @rajasthanroyals to an 8-wicket win against #MI.#Dream11IPL pic.twitter.com/IuHBbTgEDa

Hardik Pandya was at his explosive best on Sunday as he smashed 60 off 21 balls against the Rajasthan Royals. It is his highest score thus far in the ongoing season of the Indian Premier League and with that, he propelled Mumbai Indians to a total of 195/5.

He hit as many as seven sixes at the Sheikh Zayed stadium, which has proven to be a difficult ground for batsmen to clear.

Mumbai Indians on Sunday won the toss and chose to bat against at Rajasthan Royals.