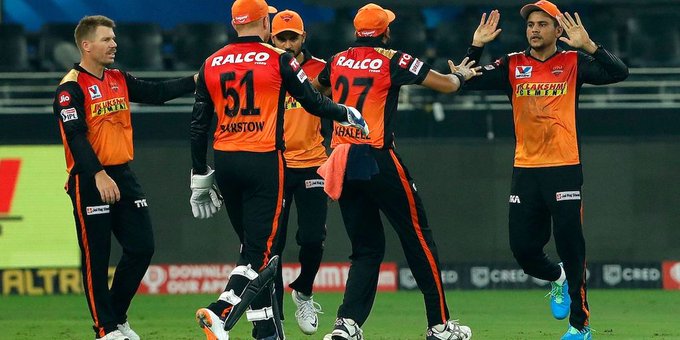 Dubai: Nicholas Pooran’s 77 was the only bright spot for Kings XI Punjab (KXIP) on Thursday as they wilted to a 69-run defeat against SunRisers Hyderabad (SRH) in an Indian Premier League (IPL) match at the Dubai International Stadium.

Chasing a target of 202, Pooran was the only one who kept them in the chase while his teammates fell around him.

KXIP lost their first wicket through a run out in the second over of the match following a mix-up between Mayank Agarwal and KL Rahul.

Mayank had taken off for a second run after Rahul gave him the signal before reversing his call. Mayank had no chance of making it back and was dismissed for just 9.

Jonny Bairstow is adjudged the Man of the Match for his outstanding innings of 97 off 55 deliveries 👏👏#Dream11IPL pic.twitter.com/38tPJw1BaD

Rashid Khan was the standout bowler for SRH, picking up three wickets, including that of the dangerous Pooran. The only noteworthy partnership for KXIP was between Pooran and Glenn Maxwell with the pair putting up 47 runs for the fourth wicket.

The partnership was broken by another run out with Maxwell being caught out by a brilliant direct hit from Priyam Garg.

A look at the Points Table after Match 22 of #Dream11IPL pic.twitter.com/dC6PoNCMA7