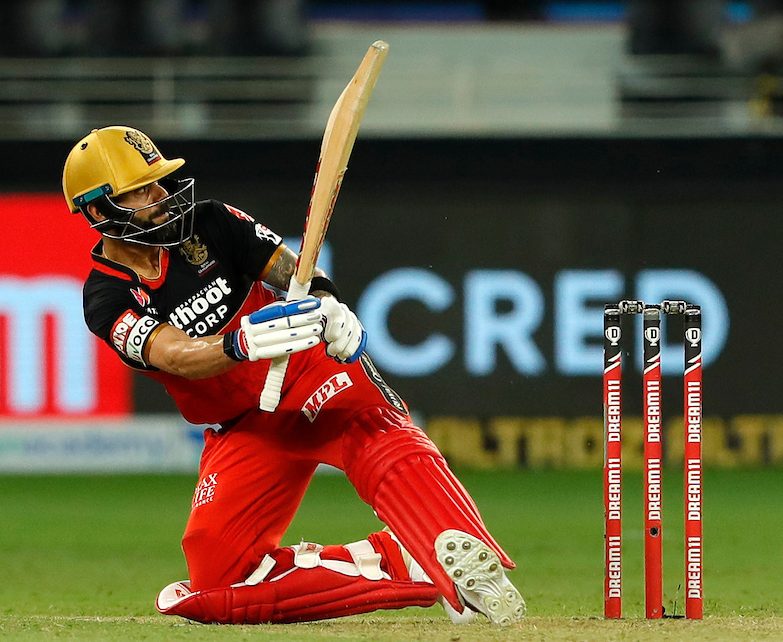 Chasing a moderate target of 170, CSK openers failed to provide a solid start as they went back to the pavilion early. Washington Sundar scalped both Faf du Plessis (8) and Shane Watson (14) in fourth and sixth over respectively.

Ambati Rayudu and IPL debutant N Jagadeesan played cautiously and stitched a partnership of 64-run for the third wicket. In the 15th over, Jagadeesan fell short of his crease and was run out by Chris Morris.

Jagadeesan played a knock of 33 runs. Skipper Dhoni joined Rayudu in the middle and added a 17-run partnership for the fourth wicket. Dhoni (10) was bagged by Yuzvendra Chahal in the 16th over as he was trying to attack the spinner.

Sam Curran failed to leaved his mark on the scoreboard and departed on a golden duck off Morris. In the 18th over, Rayudu was bowled out by Isuru Udana after playing a knock of 42 runs.

Morris put halt to CSK’s hope of winning the game as he scalped Dwayne Bravo (7) and Ravindra Jadeja (7) in the penultimate over of the match.

#RCB Skipper @imVkohli is adjudged the Man of the Match for his stupendous knock of 90* off 52 deliveries.#Dream11IPL | Match 25 pic.twitter.com/VJbk24eVQf

For RCB, Chris Morris bagged three wickets while Washington Sundar claimed two scalps. Earlier, After witnessing a sluggish start, Kohli and Shivam Dube scored 14 runs in the 17th and 19th over respectively. In the 18th over, Kohli wreaked havoc and smashed 24 runs.

Kohli started the final over by skipping across the stumps and flicking the ball behind square leg for four. Running between the wickets was at best as Kohli and Dube ran four doubles in the final over.

After opting to bat first, RCB got off to a bad start with opener Aaron Finch back in the dugout in the third over. Skipper Kohli then joined Devdutt Padikkal and duo build a 54-run stand to revamp the innings. Padikkal played beautiful shots but scored runs at a run a ball.

Washington Sundar, who was promoted up the order, failed to leave a mark and edged the ball behind to MS Dhoni as RCB got reduced to 93/4 in the 15th over.

Meanwhile, Kohli played cautiously and smashed his 38th half-century in IPL as RCB accelerated in the death overs. Shivam Dube too joined the party and smashed the much-needed boundaries.

For CSK, Shardul picked two while Sam Curran and Deepak Chahar scalped a wicket each.