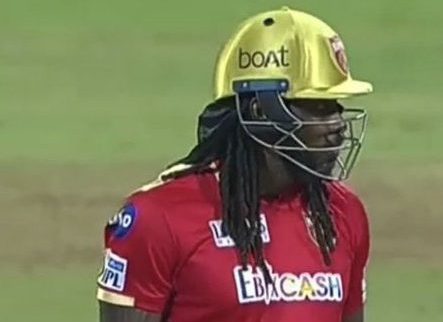 Mumbai: When Punjab Kings batsman Chris Gayle hoisted Rajasthan Royals’ Ben Stokes for a six in his first over, he became the first batsman in Indian Premier League history to hit 350 sixes.

Interestingly, no other batsman has even got 250 sixes with AB de Villiers coming a distant second with 237.

The Jamaican batsman, known for his explosive batting and big-hitting, wasn’t picked for the initial matches in the last season held in the UAE.

However, once he got a chance, he began getting the runs. He played just seven matches and aggregated 288 runs at an average of 41.14. The left-handed batsman hit 23 sixes last season, which were more than his 15 fours.

Gayle, who hit Rahul Tewatia for his 351st six on Monday, was dismissed by Riyan Parag for 40, just 10 short of his half-century.

A fifty would have meant his fourth consecutive half-century in the first match of a season for the Punjab franchise.

The 41-year-old West Indies opener has played 133 matches over 13 seasons and has been the top draw in cash-rich tournament, scoring over 4800 runs.