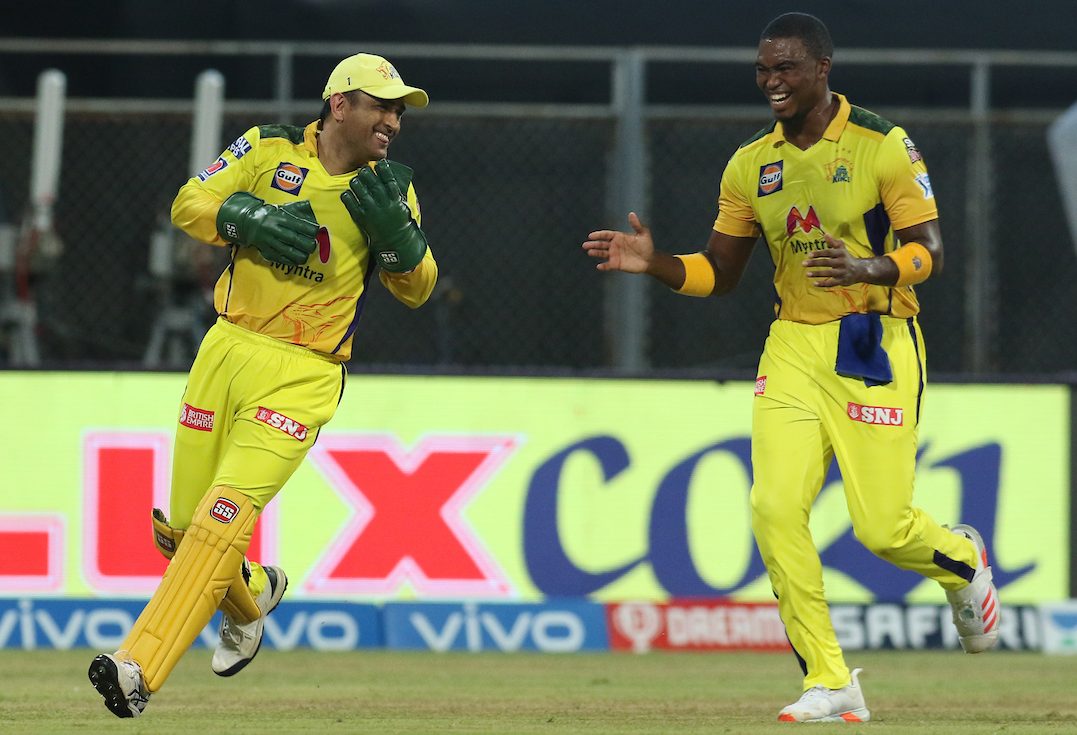 Mumbai: Kolkata Knight Riders’ (KKR) lower order put up a brave fight but could not get their team past the finishing line, as Chennai Super Kings (CSK) beat them by 18 runs in a high-scoring encounter of the Indian Premier League (IPL) at the Wankhede Stadium here on Wednesday.

With KKR reeling at 31/5 in 5.2 overs while chasing an imposing 221 for victory, it looked like CSK would win the match with ease.

However, with 20 needed off the last over, last man Prasidh Krishna was run out off the first delivery as Cummins tried to steal a double to retain strike.

Cummins had earlier taken 30 off a Sam Curran over, while Russell had smacked Shardul Thakur for 24 runs in an over to light up the contest.

In the overs between six and 16, KKR hammered 131 runs as the CSK bowlers looked completely out of sorts. Only pacer Lungi Ngidi looked good, picking up three wickets for 28 runs from his four overs, as his low full tosses and yorkers made the going tough for the KKR batsmen, including Cummins.

Earlier, Deepak Chahar had run through the KKR top order, taking four wickets for 29 runs in his four overs. Like in the last match, he was made to finish his spell early.

Chahar got rid of Nitish Rana, Shubman Gill, Eoin Morgan and Sunil Narine, as it looked like CSK would thrash KKR by a huge margin.

CSK had raced to 54 without loss in the first six overs as KKR’s decision to open the bowling with spinner Varun Chakravarthy and Pat Cummins backfired.

Cummins, in fact, was the hardest hit of all the KKR bowlers as he conceded 58 runs in his four overs, including 19 in the last over.

After Ali’s dismissal, skipper Mahendra Singh Dhoni chipped in with 17 runs off just eight deliveries. The former India skipper hit a six and a four — through an edge — off India pacer Prasidh Krishna.

But it was du Plessis who stole the show. He hit three consecutive fours off Andre Russell in the 19th over and then followed it up with two sixes off Cummins in the last over.

Earlier, du Plessis and Gaikwad had taken 15 runs off Pat Cummins’s first over.

KKR’s decision to play Kamlesh Nagarkoti in place of Harbhajan Singh didn’t pay off as the seamer conceded 25 runs in his two overs.

Chakravarthy was the best bowler for KKR, giving away 27 runs from his four overs besides picking up the wicket of Gaikwad. Sunil Narine took one for 34 in his four overs.

That’s the game I wanted to win for my country: Ravindra Jadeja on 2019 World Cup semis