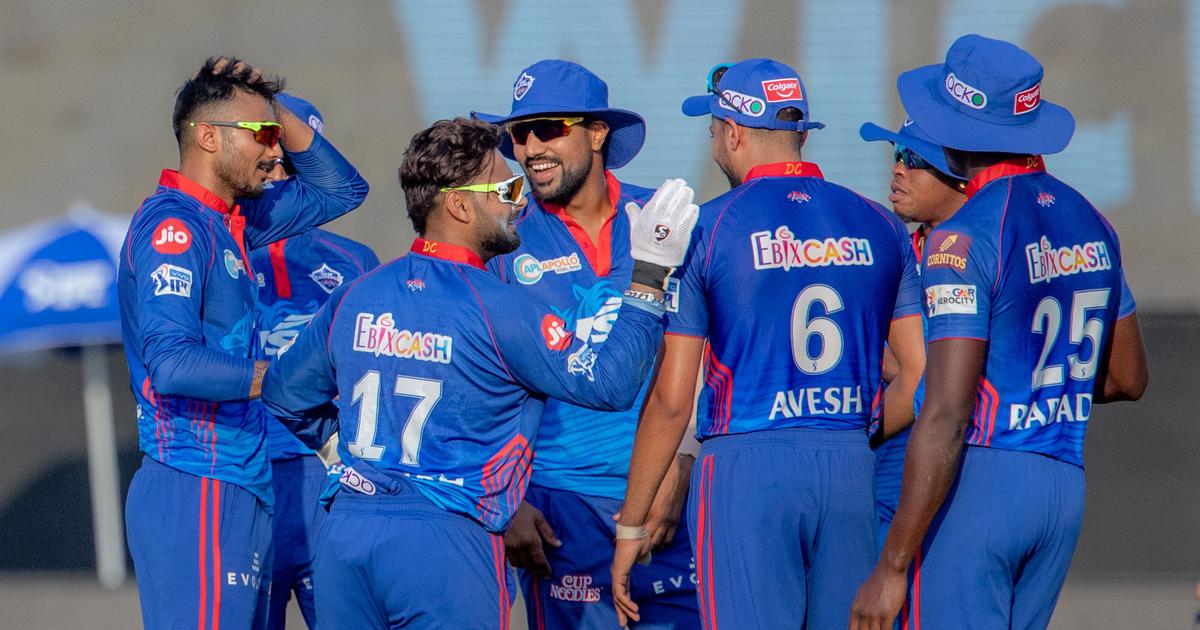 New Delhi: His bowlers delivering the goods yet again while defending a modest total, Delhi Capitals skipper Rishabh Pant on Saturday said his team’s bowling attack is one the best in the Indian Premier League.

The Delhi bowling unit, comprising the likes of South African pacers Kagiso Rabada and Anrich Nortje, senior India spinner Ashwin Ravichandran and Axar Patel, once again came to the team’s rescue in the 33-run win against Rajasthan Royals at the Sheikh Zayed Stadium in Abu Dhabi.

“If not the best, it is one of the best,” Pant said at the post-match presentation.

“But we like to take it one match at a time.There’s a fair bit of planning, as a team we plan according to the batters, and execute according to those plans,” Pant added.

The wicketkeeper-batsman, who scored a 24 off as many deliveries, stitched a crucial 62-run partnership with Shreyas Iyer.

“I am happy with my form. As long as the team is winning, I am happy,” Pant said. “We (Pant and Iyer) have batted together for a long time. He bats at three and I bat at five normally. So that helps.”

“A target of 155 with the quality of batsmen we have, I thought it was chaseable. We had the batting to go after it. I think we will come back stronger in the next game,” said Samson.

“The emotions are on the higher side, we’ll think about it tomorrow morning. The pitch was not that slow. It was holding up, but if we had a few wickets in hand we could have got over the line,” Samson added.

Iyer, who had missed the first leg of the tournament due to injury, was adjudged the player of the match for his 43 off 32 balls.

“The last five months have been hectic, but now I am feeling amazing. I have a close-knit family and friends. They motivated me, and once rehab started, my power came back quicker than I thought. I love to take on the bowlers,” Iyer said.

Reflecting on his innings, Iyer said the plan was to take on the spinners.

“Just decided to see how the wicket was playing and then take it from there and look to take on the spinners late,” said Iyer.

On his partnership with Pant, Iyer said: “Rishabh and I have been playing together for the last five years years. It is good fun because he takes on bowlers as soon as he comes in.”