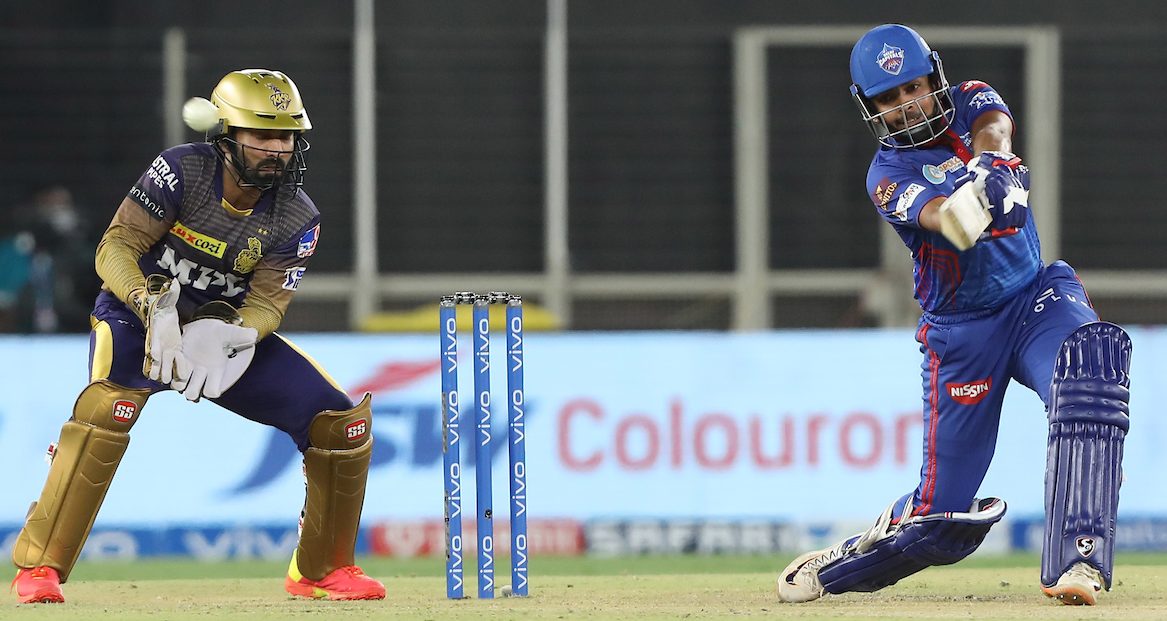 KKR were in danger of getting restricted to a below-par total. They were 109 for six in 16.2 overs. However, Russell’s innings, comprising four sixes and two fours, took the team through to a total with which they can compete.

The Kolkata franchise began well, reaching 73 for two after 10 overs. The platform was set for the batsmen to score big. However, two quick wickets in the 11th over, bowled by spinner Lalit Yadav, pegged them back.

Russell and Kartik then set about resurrecting the innings before the West Indian opened up.

Toss Update: In the 2nd match of the day, @DelhiCapitals have won the toss against @KKRiders and opted to bowl first. https://t.co/iEiKUVOcN8 #DCvKKR #VIVOIPL pic.twitter.com/J2sNBot96L