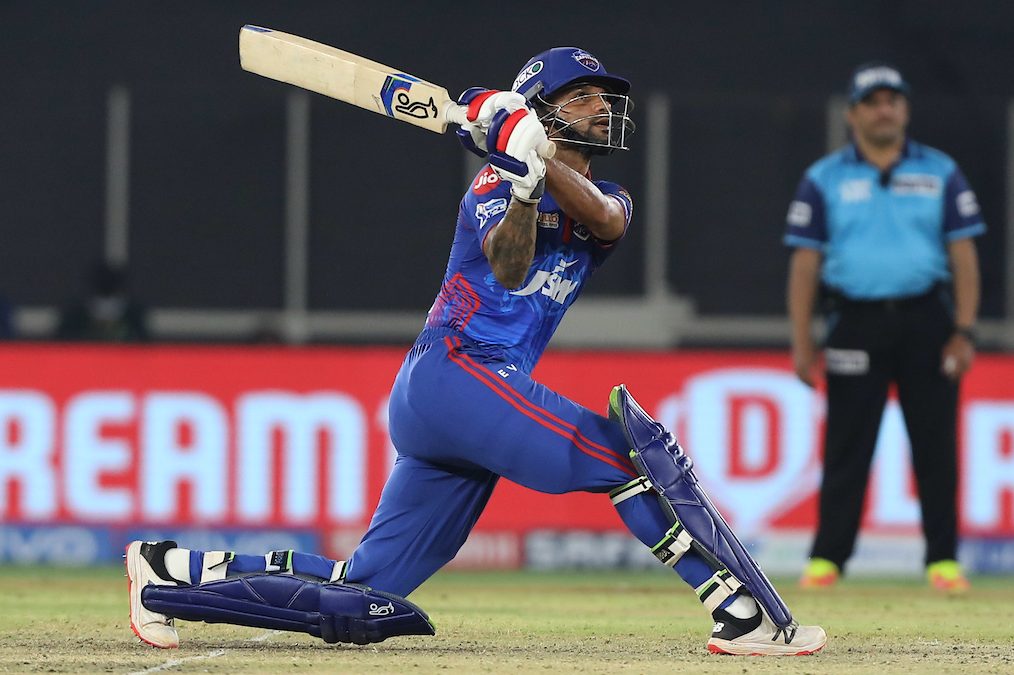 Ahmedabad: Shikhar Dhawan carried his bat to remain unbeaten on a 47-ball 69 to help Delhi Capitals beat Punjab Kings by 7 wickets in the Indian Premier League (IPL) at the Narendra Modi Stadium on Sunday.

Earlier, Mayank Agarwal was unbeaten on 99 off 58 balls on his debut as Punjab Kings (PBKS) captain and led his team to 166/6 in 20 overs.

Opener Agarwal became only the second batsman after Suresh Raina in 2013 to end an innings on 99.

He hit two fours and a six off the last three balls of the innings and out up a partnership of 52 runs for the third wicket with Dawid Malan (26) and a 41-run stand for the fifth wicket with Shahrukh Khan (4).