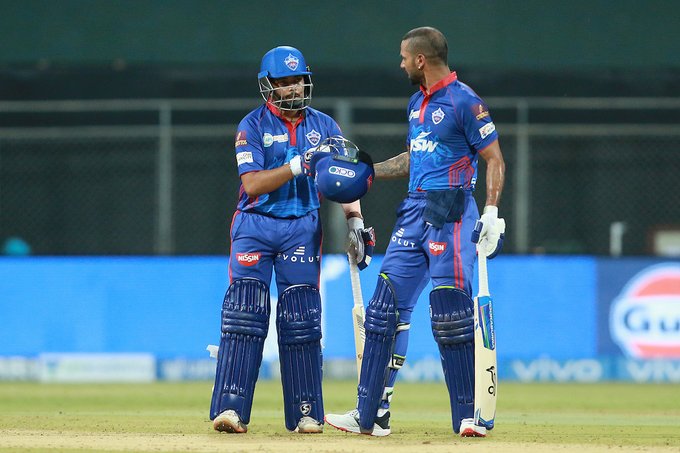 Mumbai: Delhi Capitals (DC) made Chennai Super Kings (CSK) pay dearly for their lapses in field and poor bowling, as the duel between the master and the apprentice turned out to be a damp squib with apprentice Rishabh Pant’s DC thrashing master M.S. Dhoni’s CSK by seven wickets at the Wankhede Stadium here on Saturday.

The two teams were playing their first match of the IPL 2021 season and it was clear that CSK, who have quite a few ageing players, were rusty.

Shaw got two lives as he was dropped on 38 and 47 off the bowling of Moeen Ali.

Barring those two chances, the Mumbai batsman, opening for DC, was imperious as he hit three sixes and nine fours in his 38-ball knock.

Dhawan, at the other end, too played his shots as none of the CSK bowlers were allowed to settle down.

India’s star performer in limited-overs cricket in recent times, Shardul Thakur, was taken for 17 runs in his first over while left-arm pace bowler Sam Curran went for the same number of runs in his opening over.

By the time DC reached the 10-over mark, they were already 99 without loss with Shaw past his half-century and Dhawan nearing his.

Shaw hammered a long-hop outside off to the mid-wicket boundary to reach his half-century in 27 balls.

CSK skipper Dhoni was completely lost for ideas as none of his bowlers could provide a breakthrough till the 14th over when Shaw was eventually caught in the deep.

Earlier, Sam Curran hammered 34 off 15 balls at the back-end of CSK innings, including thrashing his elder brother Tom Curran for 16 runs in three balls in the 19th over, to help the Men in Yellow reach 188/7 in their 20 overs.

The CSK innings was a roller-coaster as they began by losing two early wickets against a DC pace attack that missed the services of acclaimed internationals Kagiso Rabada, Anrich Nortje (under quarantine), Umesh Yadav and Ishant Sharma (injury).

Faf du Plessis was out leg-before to pace bowler Avesh Khan while Ruturaj Gaikwad was caught in slips off the bowling of Chris Woakes.

Ali (36 off 24 balls) and Suresh Raina (54 off 36 balls) then resurrected the innings with a 53-run partnership for the third wicket with the former going after Ravichandran Ashwin, hitting him for two successive sixes. However, Ashwin got the England left-hander out on the third ball as he went for a reverse sweep and was caught in the deep.

Raina then added 63 runs for the fourth wicket with Ambati Rayudu (23 off 16 balls) but a few quick wickets set CSK back. Rayudu was caught at long-off off Tom Curran. Soon, the 16th over, bowled by Avesh, saw two important wickets.

Raina was run out following a mix-up with Ravindra Jadeja (26 not out off 17 balls) while skipper MS Dhoni was bowled by Avesh as he tried to pull him to the mid-wicket fence but instead dragged the ball onto his stumps.

At 143/6 after 16 overs, getting close to 190 seemed distant if not impossible. However, Curran and Jadeja took 23 runs off Tom Curran’s fourth over, the innings’ 19th, to help CSK get to a big total which didn’t prove to be enough in the end.

Execution of our bowlers was poor: MS Dhoni