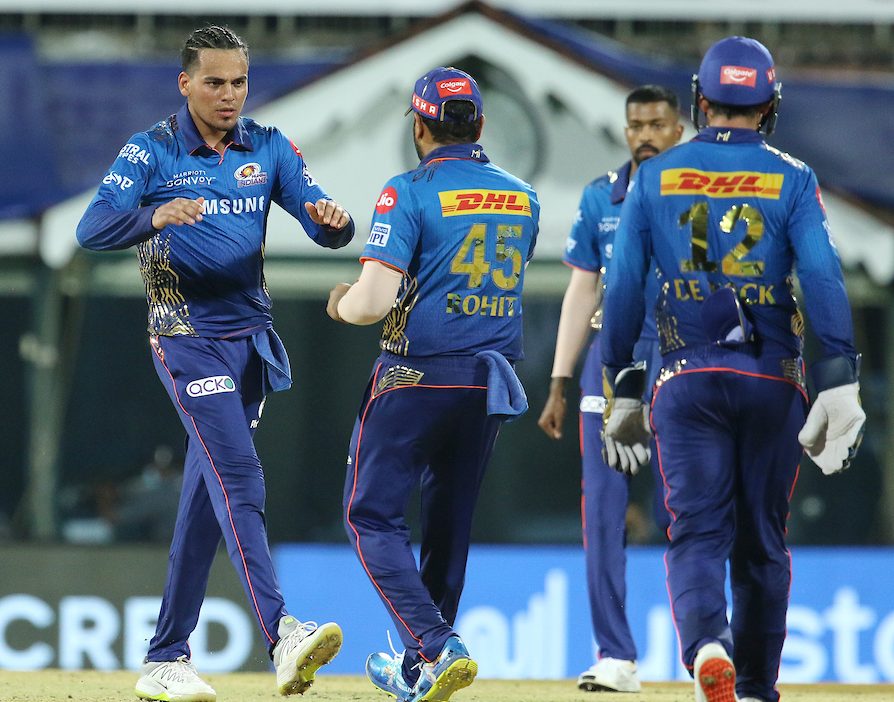 Chasing a 153-run target, KKR were seemingly in control but inability to score towards the end meant they could only manage 142/7.

Leg spinner Rahul Chahar (4/27) was the pick of the Mumbai bowlers.

Things looked promising for the Mumbai franchise early on despite the loss of an early wicket and a less productive power-play stage.

Suryakumar Yadav (56 off 36 balls) decided to take on the KKR attack and began playing his shots after the KKR spinners, who bowled five of the six power-play overs, had curtailed MI.

Yadav, who hit three fours in Harbhajan Singh’s second over, hit two sixes and seven fours as he looked to take MI to a strong total.

However, his dismissal off the bowling of Shakib Al Hasan in the 11th over when MI were coasting at 86/1 triggered a collapse. MI soon lost Ishan Kishan who was dismissed by Pat Cummins in the 12th over and a few overs later, the defending champions saw the back of skipper Rohit Sharma who struggled to get going against spinners.

Rohit, who shared a 76-run second-wicket partnership with Yadav, made 43 off 32 balls.

The famed MI middle-and-lower order batting, which has plenty of hard-hitters, failed to get going. Soon after Rohit’s dismissal, MI lost the wickets of Hardik Pandya and Kieron Pollard in the space of one over. South African Marco Jansen’s dismissal left MI at 126/7 after 18 overs.

Medium-pace bowler Russell, who offers variations in his deliveries, hadn’t bowled till the 17th over. But in his first over, innings’ 18th, he got rid of Kieron Pollard (5) and Marco Jansen (0) and in his second over, innings’ last, he picked three wickets — Krunal Pandya (15), Jasprit Bumrah (0) and Rahul Chahar (8).

#KKR have won the toss and they will bowl first against #MumbaiIndians in Match 5 of #VIVOIPL.#KKRvMI pic.twitter.com/7plyJvbHdx