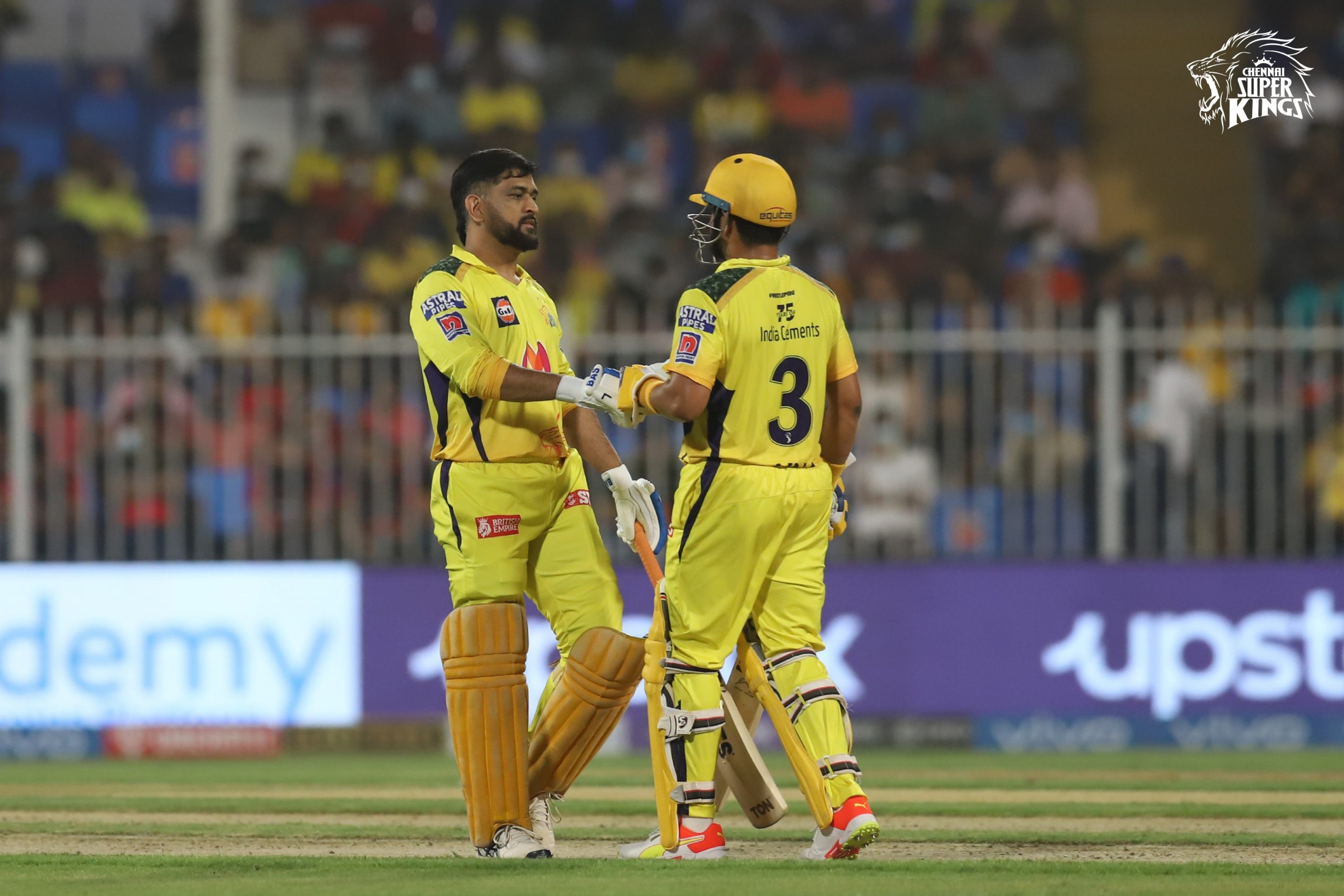 Sent in to bat, Royal Challengers Bangalore scored 156/6 in their 20 overs. Chasing, CSK completed the task in 18.1 overs.

Ruturaj Gaikwad (38) and Faf du Plessis (31) added 71 runs for the first wicket to set the tone for CSK’s chase. It was skipper Mahendra Singh Dhoni and Suresh Raina who finished off the chase.

Earlier, RCB were off to a flying start with skipper Virat Kohli (53) and Devdutt Padikkal (70) laying a solid foundation with a stand of 111 runs for the opening wicket.

Kohli fell to the seasoned Dwayne Bravo after hitting six boundaries and a six, while Padikkal hit five fours and three maximums before being dismissed by Shardul Thakur, as RCB stuttered after a fine start.

For CSK, India pacer Thakur finished with impressive figures of 2/29 from his quota of four overs, while Bravo bowled excellently to pick 3/24.