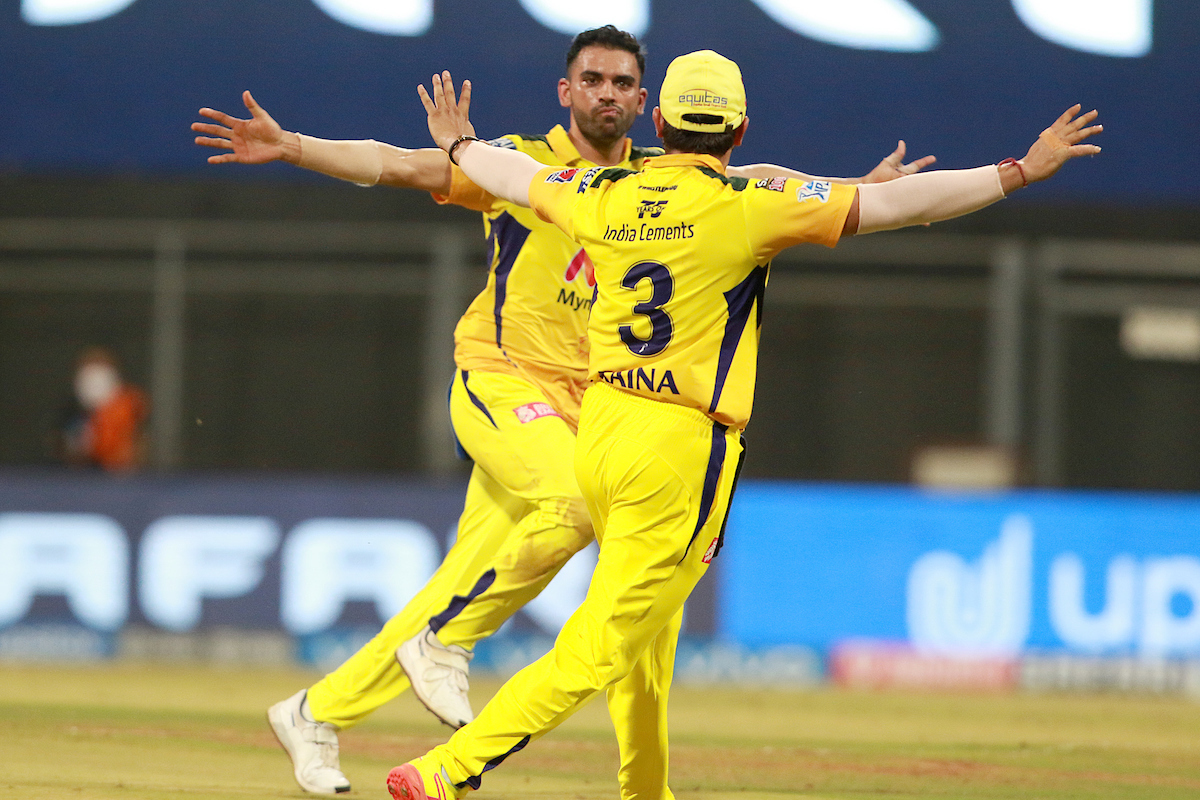 Mumbai: Chennai Super Kings (CSK) turned up a dominating show with the ball and bat in skipper MS Dhoni’s 200th match for the franchise as they defeated Punjab Kings (PBKS) by six wickets in an IPL match on Friday.

CSK restricted Punjab Kings (PBKS) to 106 for eight wickets in their 20 overs and then reached their target with 26 balls to spare.

From there, it was always going ot be an uphill task for PBKS. Only batsman Shahrukh Khan could offer resistance.

The No. 6 batsman who walked in during the fifth over after the dismissal of Nicholas Pooran, scored 47 off 36 balls and stayed at the crease till the end but found very little support. Jhye Richardson made 15 off 22 and added 31 for the sixth wicket with Shahrukh.

Chahar had made the ball talk early on. He bowled Mayank Agarwal with a ball that moved away a bit and hit the stumps.

After skipper K.L. Rahul (5) was run out with a brilliant direct throw from Ravindra Jadeja, Gayle (10) couldn’t handle the kunckle ball and scooped it to cover as Jadeja took a catch diving full length.

Deepak Hooda chipped one that was moving away to the mid-off fielder to leave PBKS five down for 26 and looking down the barrel.

Both teams are unchanged from their previous games.