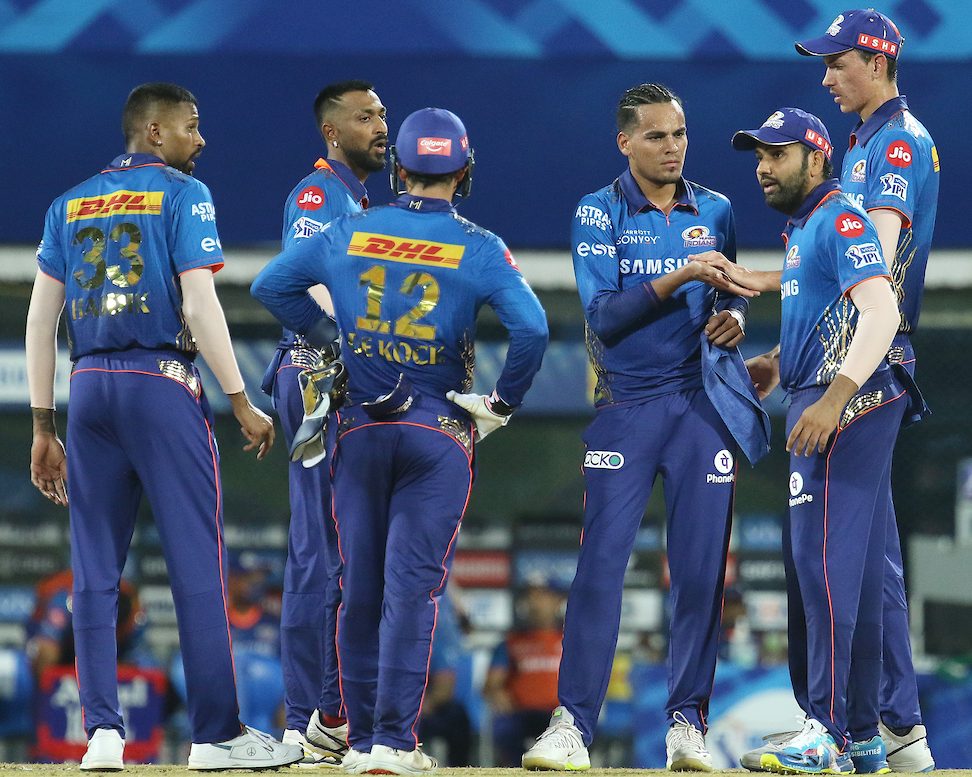 Chennai: Mumbai Indians (MI) rallied to pull off a 10-run win as profligate Kolkata Knight Riders (KKR) batsmen threw away their wickets to make a mess of a modest 152-run target in an Indian Premier League match at the MA Chidambaram Stadium here on Tuesday.

After Andre Russell’s five-wicket haul in just two overs (5/15) helped KKR bowl out a power-packed MI for 152 in 20 overs, KKR batsmen lost the plot despite getting off to a flying start.

At one stage, KKR were 104/2 and needed just 49 runs off 43 balls with a victory looking like a formality. A solid half-century by opener Nitish Rana (57 off 47), his second successive fifty in this IPL, had given KKR a perfect start. His 72-run opening stand with Shubman Gill (33) had pushed MI bowlers’ backs to the wall.

However, leg-spinner Rahul Chahar tempted the top four KKR batsmen — Rana, Gill, Rahul Tripathi and skipper Eoin Morgan — into committing mistakes as they threw their wickets away in the process. Chahar’s four-wicket haul (4/27) left KKR at 122/4 after 15 overs.

The game was still in KKR’s grasp as they needed 31 off 30 balls. However, Shakib Al Hasan too wasted his wicket, getting caught in the deep off the bowling of Krunal Pandya.

Some tight bowling by MI bowlers then ensured that neither Russell nor Dinesh Karthik could free their arms. KKR needed 15 off the last over which proved to be too much against Kiwi pacer Trent Boult, who took two wickets in his final over.

Earlier, Mumbai too squandered a good start they got through Suryakumar Yadav and Rohit Sharma despite the loss of an early wicket and a less productive power-play stage.

Yadav (56 off 36 balls) decided to take on the KKR attack and began playing his shots after the spinners, who bowled five of the six power-play overs, had curtailed MI.

Yadav, who hit three fours in Harbhajan Singh’s second over, smashed two sixes and seven fours as he looked to take MI to a strong total.

However, his dismissal off the bowling of Shakib Al Hasan in the 11th over when MI were cruising at 86/1 triggered a collapse. MI soon lost Ishan Kishan who was dismissed by Pat Cummins in the 12th over, and a few overs later, the defending champions saw the back of skipper Rohit Sharma who struggled to get going against the spinners.

Rohit, who shared a 76-run second-wicket partnership with Yadav, made 43 off 32 balls.

The famed MI middle and lower-order batting, which features plenty of hard-hitters, failed to get going. Soon after Rohit’s dismissal, MI lost the wickets of Hardik Pandya and Kieron Pollard in the space of six balls. South African Marco Jansen’s dismissal then left MI reeling at 126/7 after 18 overs.

Medium-pacer Russell hadn’t bowled till the 17th over. But in his first over, the 18th of the innings, he got rid of Kieron Pollard (5) and Marco Jansen (0) and in the last over of the match, he sent back Krunal Pandya (15), Jasprit Bumrah (0) and Rahul Chahar (8) to return with dream figures of 5/15.