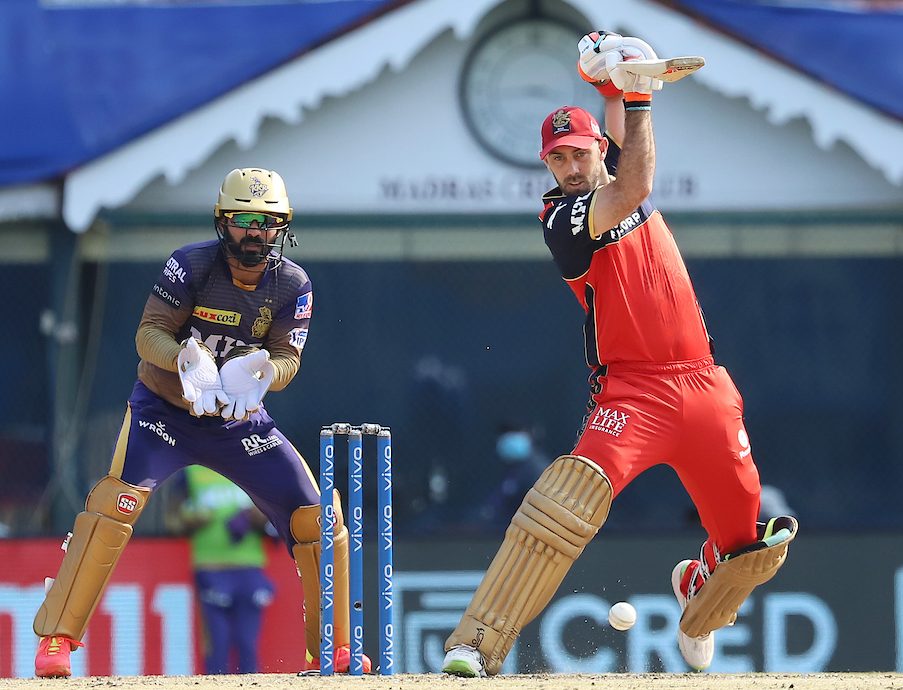 Glenn Maxwell and AB de Villiers’s whirlwind half centuries propelled RCB to 204/4 and KKR scored 166/8 in reply. This is the first time ever that RCB have won their first three matches of an IPL season.

Andre Russell’s 31 off 20 balls late in the KKR innings gave them hope of pulling off an epic chase but fast bowler Mohammed Siraj ended up giving away just one run in the penultimate over, at the start of which KKR needed 44 to win.

Earlier, Maxwell and de Villiers helped RCB come back from a shaky start in emphatic fashion. Varun Chakravarthy and Prasidh Krishna took two wickets in the first two overs to reduce RCB to 9/2.

Maxwell then scored 78 off 49 balls, putting up a partnership of 86 runs with opener Devdutt Padikkal. After the latter’s dismissal, Maxwell was joined by de Villiers in taking on the KKR bowlers.

The pair put up 53 off just 37 balls for the fourth wicket. de Villiers led the way as RCB took 56 runs off the last three overs with the last over bowled by Andre Russell going for 21, all of which was scored by de Villiers.

He ended the innings unbeaten on 76 off 34 balls hitting nine fours and three sixes.